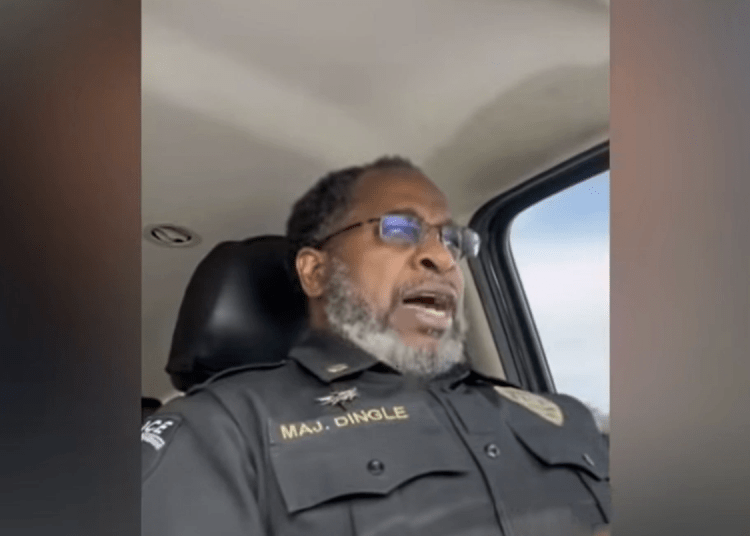 In an impassioned video that has gone viral on social media, an exhausted Georgia police major says in expressive terms that he is tired of people criticizing law enforcement.

“I wake up every morning and kiss my family goodbye, knowing that there’s a possibility I will not come home,” cop Kelvin Dingle says in the clip posted to TikTok, which racked up 1.7 million views as of Tuesday morning.

“I am tired of every time I wake up in the morning someone polarizes the fact that maybe law enforcement is just not a good thing. All of us are not bad,” Dingle, a major in the Morehouse School of Medicine Department of Public Safety, desperately laments while driving home in uniform in his car.

“There are bad people in every career. I am so goddamn tired, tired, tired!” he expresses, the New York Post reported.

In a Fox News interview Monday, Dingle said he vented because lately “there’s always something” that portrays cops unfavorably and he’s “had enough.”

The fed-up law enforcement officer says people have even been “frowning” at him and flipping him the bird while he’s been driving.

When he first started as a police officer 20 years ago, “it was not that way,” Dingle said. He believes attitudes about law enforcement have changed over the last two years.

“This is something new. It’s a new attitude,” the veteran officer said.

The majority of cops are “good-hearted people that want to make a difference,” Dingle declared.

“That day, I just honestly had enough,” he said, referring to the day he shot the now-viral video. “My heart was broken with the things that I saw just traveling home.”

However, all of that has changed, he said.