Officer Tierney Tomburo sustained a gunshot wound in the pelvis but still managed to return fire and fatally shoot her attacker, Gabriel Charles 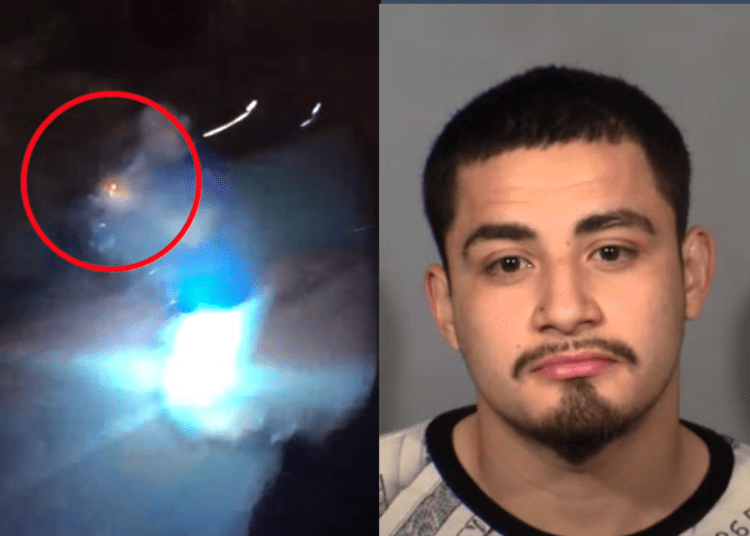 LAS VEGAS – An officer with the Las Vegas Metropolitan Police Department is being described by her peers as a hero after she returned fire and fatally shot a gunman who shot her in the pelvis, causing her to collapse.

LVMPD Assistant Sheriff John McGrath briefed the media Tuesday on the officer-involved shooting that occurred in the early morning hours of Sept. 10, in the 3900 block of University Center, KVVU-TV reported.

According the police briefing, Tomburo and her partner stopped a vehicle for a traffic violation around 1:13 a.m. There was a driver, a front seat passenger, later identified as Charles, and a backseat passenger.

Everyone in the vehicle was initially cooperative and exited the vehicle, LVMPD said. Then when officers prepared to conduct a cursory pat down for weapons, Charles bolted and Tomburo gave chase.

As he fled, Charles produced a handgun, turned and fired one round. Tomburo was struck in the pelvis, causing her to collapse and fall to the ground, LVMPD said. Nevertheless, she was able to return fire and hit the fleeing suspect.

Later, Tomburo’s partner is seen applying medical aid while she calls for help on her radio. She was subsequently transported to University Medical Center, according to KVVU-TV.

Charles was taken to Sunrise Hospital, but he did not survive.

McGrath noted that Tomburo’s response was heroic and the department was proud of her actions. He also said she is currently recovering at home.

Moments ago:
LVMPD Ofc. Tomburo from @LVMPDSCAC was released from @UMCSN. She was shot during an incident early Sat. morning.
Officers lined up to send her home as she continues to recover from her injuries 💙
We appreciate all of the concern and well wishes for Ofc. Tomburo. pic.twitter.com/WCFbJxTbHS

On Saturday, September 10, @LVMPD Officer Tierney Tomburo was shot near University Center Drive. Today, she was released from @UMCSN and her fellow officers came to support her ❤️🙌 pic.twitter.com/PC8nKTJ2pP

“She is at home, but in a lot of pain. But we have every hope that she’ll be back to work as soon as possible,” McGrath said.

Had he survived, Charles would’ve faced several charges, including attempted murder of a police officer, battery, resisting a public officer and a prohibited person with a firearm, LVMPD said.

The driver of the vehicle was later arrested for suspicion of DUI. The rear passenger was released without charges.