Investigators from three agencies were involved in the shooting 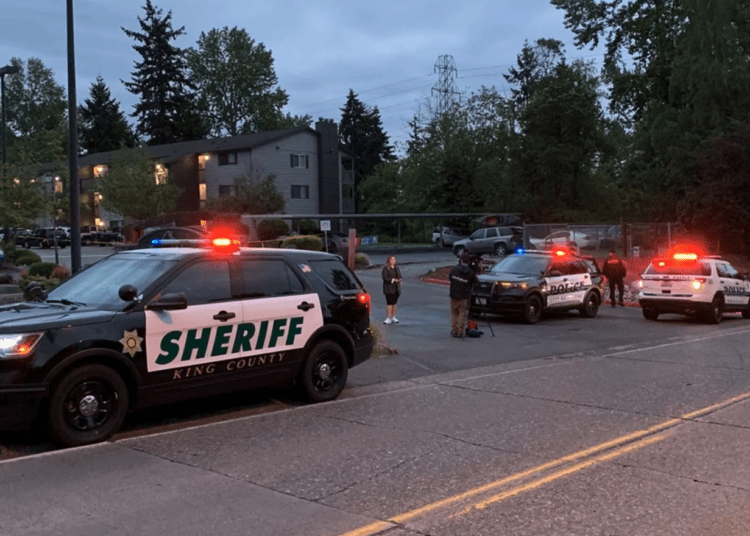 The suspect charged at investigators with a knife while they were serving an arrest warrant at the suspect's home. (Seattle Police Department)

KENT, Wash. – A fugitive murder suspect was fatally shot by law enforcement personnel in the state of Washington Wednesday evening while investigators were attempting to take the accused killer into custody, the Seattle Police Department said.

Authorities were serving an arrest warrant at the suspect’s residence in the city of Kent, which is south of Seattle. During the service of the warrant, the suspect charged at officers with a knife after they provided “knock and notice,” police said.

The identity of the deceased suspect has not been disclosed to the public at the time of publication.

The Seattle Police Department said personnel from three law enforcement agencies were involved in the shooting, including an SPD detective, a Snohomish County Sheriff’s Office detective, and a deputy United States Marshal.

Details of the original homicide investigation that generated the arrest warrant were not provided.