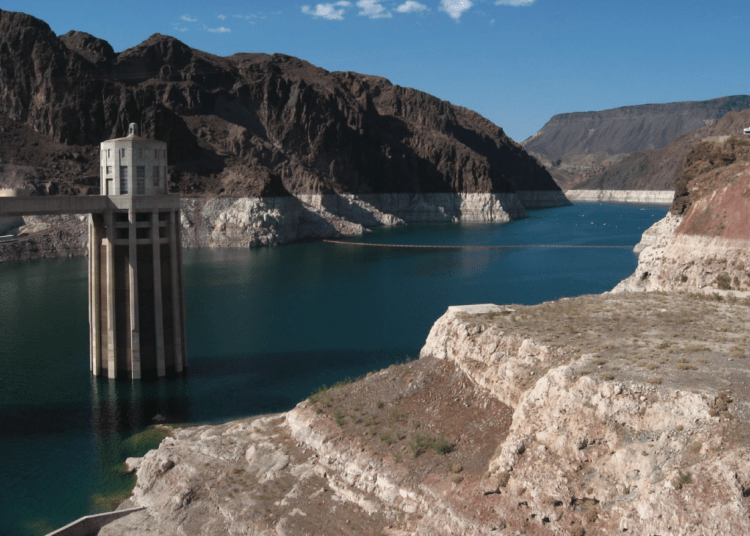 LAS VEGAS – A set of human remains were discovered at Lake Mead National Recreation area on Saturday, the National Parks Service said. It is the fourth set to be recovered in recent months.

Rangers received a call about 11:15 a.m. reporting the discovery of the skeletal remains at Swim Beach, the Parks Service said in a news release, the Las Vegas Sun reported.

Rangers responding to the scene established a perimeter to retrieve the remains and were assisted by members of the Las Vegas Metropolitan Police Department, according to the press statement.

The Clark County Medical Examiner’s office collected the remains and will try to determine the cause of death, the Parks Service said.

The discovery marks the fourth time since May that human remains have been located in the lake with a dramatically receding water line.

One set of remains were discovered inside a barrel and had been determined to be from a homicide that occurred sometime in the 1970s or ‘80s. Police have speculated that more remains may be discovered as the water level has continued to decline.

The Park Service did not provide further details that might indicate how long the the current remains had been there, according to the news outlet.

The investigation remains ongoing, according to the release, and no further details were provided.

“There’s no telling what we’ll find in Lake Mead,” Goodman said at the time. “It’s not a bad place to dump a body.”

Goodman, as a lawyer, represented mob figures including the ill-fated Anthony “Tony the Ant” Spilotro before serving three terms as a martini-toting mayor making public appearances with a showgirl on each arm, the New York Post reported.

He declined to name names about who might turn up in the vast reservoir formed by Hoover Dam between Nevada and Arizona.

“I’m relatively sure it was not Jimmy Hoffa,” he laughed. But he added that a lot of his former clients seemed interested in “climate control” — mob speak for keeping the lake level up and bodies down in their watery graves.

Lake Mead’s National Park and Recreation division chief David Alberg also mentioned that he is not surprised more human remains have been discovered, according to Fox 5.

“I think people need to understand that this is a big place,” said Alberg. “Lake Mead covers one and a half million acres of land between Nevada and Arizona, and we have been here as a recreation area in one form or another since 1936 when the Hoover Dam was established and this has also been a land that people have been seen moving through it for thousands of years between native Americans and early settlers and explorers. So to be surprised that another set of human remains has been found is not unusual.”