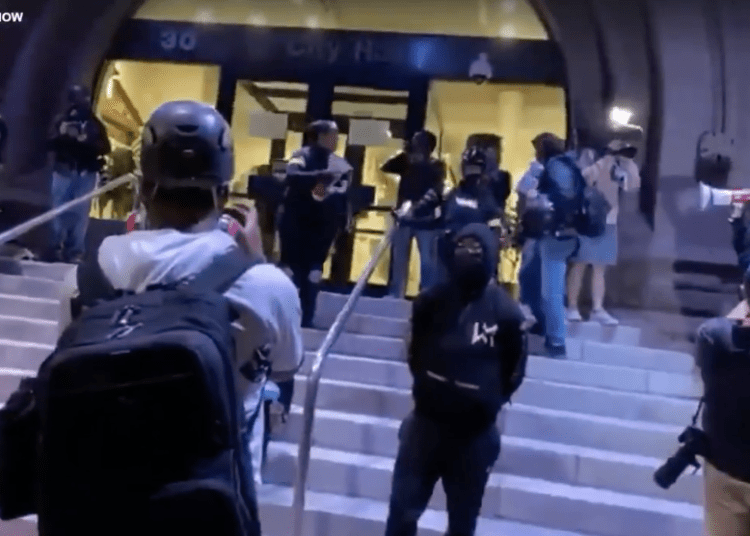 Similar tactics have previously developed during protests and riots in Portland and Louisville. Protesters in Rochester were seen forming their own variation last week as organizers screamed for “white shields” to form a protective circle around black protesters.

The strategy is reportedly designed so that white people on the perimeter will subjected to force used by law enforcement if it occurs. The belief is that caucasians are less likely to receive force by police, Daily Wire reported.

“If you’re white and you got a shield, you need to be making a perimeter from whatever this street is to whatever that street is. If you are black, stay in the middle,” one woman with a megaphone shouts at assembled protesters in a video that surfaced online on Saturday.

Protesters in Rochester took to rioting, vandalism, and setting fires in over the weekend in Prude’s name. On Thursday, before much of the rioting and destruction took place, one man in Rochester demanded the resignation of the Rochester chief of police and other officers.

“We want badges, we want Chief of Police badges. We want it because they swept this under the rug,” a man told a reporter, making allegations of misconduct.

“Black lives do matter, okay? We want to see those officers arrested, and if we don’t — we tired. We are tired. We tired of it, man,” he continued. “They act like black people — we want justice all over the world, we want equal pay, we want equal rights, when you go to court, we wanna be treated equal.”