All of the Big Three automakers offer police versions of their pickups, but the F-150 is currently the only pursuit-rated model 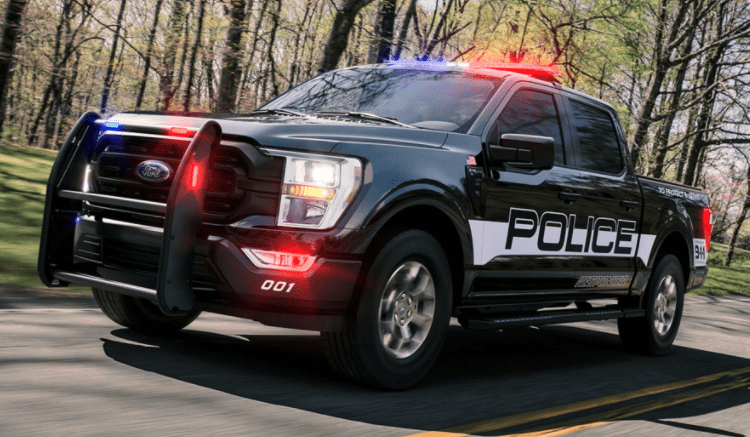 Ford’s new F-150 Police Responder has an old-school feature with a twist, so to speak. The pursuit-rated pickup can be equipped with conventional keys that can be removed from the vehicle while it’s still running and locked in Park to allow officers to continue to use lights and powered equipment without worrying about anyone making off with their truck, Fox News reported.

It’s one of several law enforcement-specific features on the full-size truck that will enter service this fall.

The F-150 Police Responder will be available in a four-door, SuperCrew configuration powered by a 400 hp 3.5-liter. Its four-wheel-drive system has a full-time Auto setting that can be used on all surfaces and the truck comes standard with the F-150’s FX4 off-road package, which includes an upgraded suspension and underbody protection, according to the report.

Interior features include heavy-duty upholstery and steel intrusion plates on the backs of the front seats that can stop knives and other sharp objects. The trucks can be ordered without a center console to allow for department-specific equipment installation or with a factory setup that incorporates a work surface, Fox reported.

Ford says the aluminum-bodied truck has a 2,030-pound payload capacity and a standard tow rating of 7,000 pounds that can be increased to 11,200 pounds with a towing package that includes a knob-controlled backup assist feature.

All of the Big Three automakers offer police versions of their pickups, but the F-150 is currently the only pursuit-rated model.

Ford has not announced plans to offer any of the F-150’s other powertrains, including the hybrid that can function as a 7.2-kilowatt-hour generator.