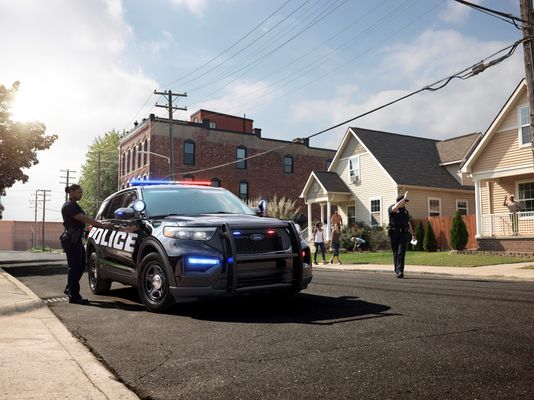 If you were the Communications Director for Ford Motor Company, you probably wish you were on vacation on a remote island without the Internet last week.

Two stories launched focusing on the car giant that got law enforcement and civilians alike in an uproar.

Law Officer ran both stories, one discussing the Ford Foundation’s alliance with the “defund” police movement and another where Ford Employees asked that the company stop making police cars.

It made sense for Law Officer to cover both stories and we were in contact with Ford and listed their statements. But in the world of online headlines and the failure of some to actually read articles, we felt the need to defend Ford … in a sense.

First, as many have pointed out, the Ford Foundation is a separate entity than Ford Motor Company. Yes, the foundation was founded by Ford but it has played a separate role for the last 40 years.

The issue that many saw was the addition of Henry “Sonny” Ford on the Foundation’s Board of Trustees in 2019. Ford is also the Director of Investor Relations for Ford Motor Company. That is the connection, but as Ford Motors told Law Officer, he alone does not make decisions on where money is donated.

We get that. One board member can never control the rest of the board but the optics of this is real and Ford was specifically brought on to the board to help them with “racial justice” issues.

There is nothing wrong with “racial justice” issues but few can understand any movement couched as that, designed to hurt law enforcement which will no doubt hurt those most at risk as being victims of crime.

That is overwhelmingly the minority populations in our urban cities. 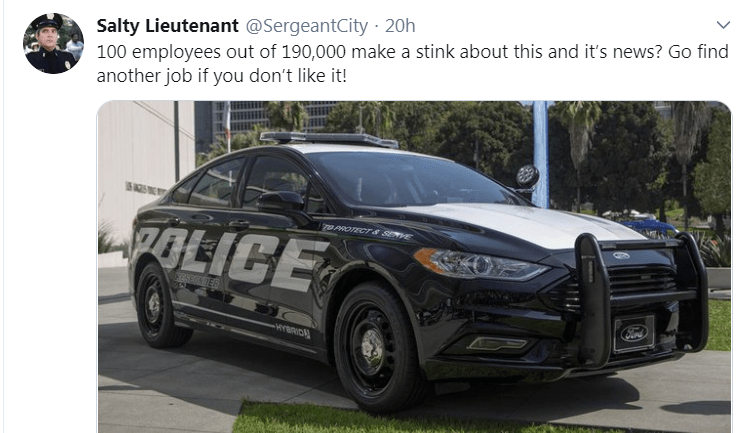 If Ford Motor Company truly wants to remain “separate” from the foundation that bears their name, Henry “Sonny” Ford must pick one or the other but not both. We will not pretend to believe that Ford serves on the Foundation Board but has “nothing” to do with where money goes. Yes, he is just one vote, but that vote most certainly doesn’t go against the votes of everyone else … all of the time.

Secondly, it has been reported that approximately 100 Ford Employees wrote a letter to  Ford CEO Jim Hackett demanding that the company stop making police cars because “the vehicles that Ford employees design and build have been used as accessories to police brutality and oppression.”

That is stupid and Hackett surely recognized that and clapped back pretty hard at even the suggestion. We appreciate him being the adult in the room.

We don’t blame Ford for 100 silly employees just like law enforcement shouldn’t get the blame for a small percentage of their bad employees.

One Ford Employee, on the assembly line, reached out to us this week with this message: “As an employee of Ford Motor Company, I am speaking for the vast majority of us by stating that we do not want, nor will we ask the Company to stop making Police vehicles. Not only do we support law enforcement and strongly oppose this so-called defunding movement,  but are proud to be the major supplier of their vehicles.”

That is no doubt true and we appreciate their sentiment and we want them to know that we get it and we understand it.

The winds have blown to where wild and crazy ideas become mainstream and if you aren’t careful, you would think “Twitter” is real life.

It is not and just like law enforcement and those good Ford employees should understand that this “defund” movement is coming from a place of crazy people, they should also understand that the vast majority of Americans appreciate what they do.

Yes, it’s hard to see sometimes and the media is doing their best to destroy us and the last thing Law Officer wants to do is to join that nonsense.

On behalf of our company, we appreciate all that Ford Motor Company has done and we are grateful for the men and women that drive them each day.