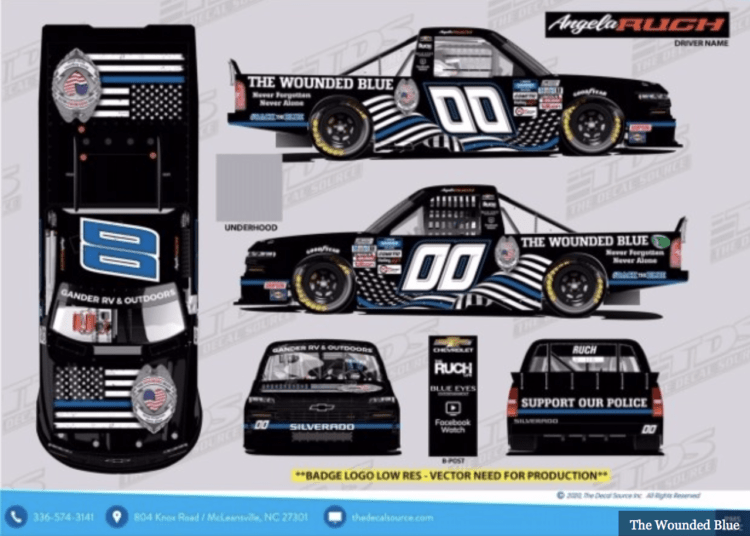 NASCAR driver Angela Ruch’s truck will feature a pro-police wrap with prominent the #BackTheBlue logo during this weekend’s race at Kentucky Speedway, according to Breitbart.

The pro-police display is the result of a partnership between Ruch and The Wounded Blue, which is a “national organization dedicated to assisting officers injured in the line of duty.”

Ruch commented on the pro-police wrap and logos, saying, “Everywhere you turn today, good, hardworking police officers are under attack. We want to show law enforcement officers that we’ve got their backs.”

Law Officer couldn’t be more proud of Ruch. At a time when people are running scared from the police profession, it is refreshing to see someone standing up for law enforcement officers; especially those injured in the line of duty.