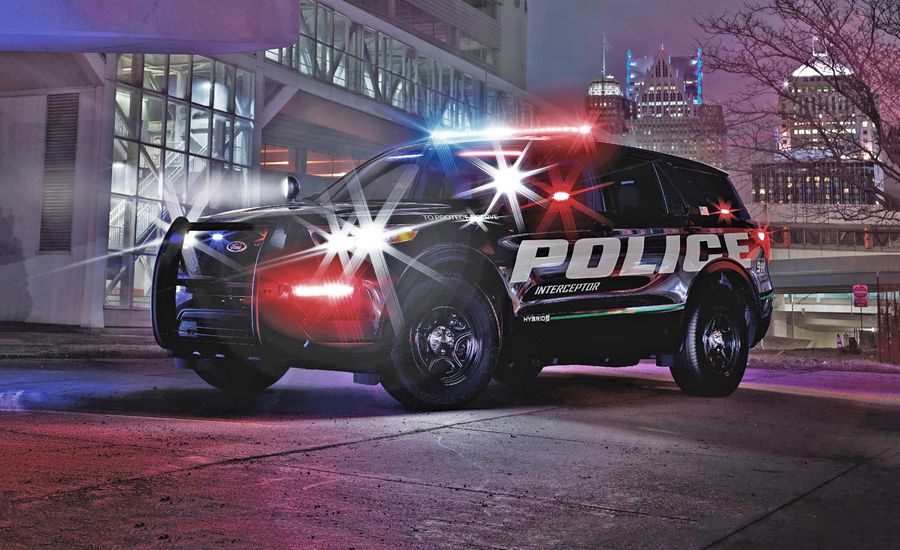 Editor’s Note: Ford Motor Company reached out to us with a statement. You can read that below:

Ford is proud to be America’s long-time leader in producing police, emergency and first responder vehicles. Our Police Interceptor vehicles are by far the top choice of law enforcement and other emergency services agencies across the country.

To be clear, Ford believes racism, abuse of power and repression in law enforcement must be addressed and stamped out wherever they exist. Good law enforcement agencies and officers play a critical positive role in our communities, but safety and fairness must be inclusive of all, everywhere.

Contrary to some misinformed stories online, neither Ford Motor Company nor the Ford Motor Company Fund has provided funding to any campaign to “defund the police.” Rather, through technology and innovation, Ford will continue to play a positive role in promoting more safety and accountability in policing and produce even safer police vehicles. Ford will continue to work closely with local and state police associations across the country on positive solutions.

With a market share of 65%, Ford is the king when it comes to providing moving offices for America’s heroes but in an odd alliance with Black Lives Matter and the Defund Police Movement, the Ford Foundation is stepping into pretty weird territory.

According to the National Pulse, the Ford Foundation “is proudly taking part in the Defund the Police movement.”

“….the Ford Foundation is proud to support a number of courageous individuals and organizations in the throes of this fight, raising their voices and risking their lives to protect the rights of communities of color, demand an end to oppressive policing and greater investment in communities of color, and call on the nation to uphold its values and deliver justice for all. They are fearless warriors for equality and justice who are tackling the issues of systemic racism and the unaccountable policing responsible for George Floyd’s death. Already, we’ve seen our grantees at the forefront of the change that’s taken place over the last few days—from the City Council of Minneapolis’s pledge to dismantle the police department to reimagine public safety, to Mayor Garcetti’s commitment to divest $250 million of the LAPD’s budget to support affected communities, to Minneapolis and Portland, Oregon voting to end the presence of police in their schools.”

Founded in 1936 by Edsel Ford, the Ford Foundation is one of the country’s most recognized charitable organizations. In 2019, it handed out $500 million in grants to promote a “just, fair, and peaceful world with opportunity for all.”

But now, for the first time since 1976, a member of the Ford Motors dynasty sits on the Board of the Foundation.

Henry “Sonny” Ford, joined the Foundation’s Board of Trustees in February of 2019 to help drive its “racial injustice” agenda. Ford is the Director of Investor Relations for Ford Motor Company.

A DEFENSE FOR FORD MOTOR COMPANY

In an interview with a Ford Representative, while Ford is on the Foundation’s Board, he alone does not decide what organizations are funded.

To find the core of Ford Foundation’s push to abolish the police in America, you have to look no further than their own website:

“The deaths of George Floyd, Breonna Taylor, Ahmaud Arbery, Tony McDade and Sean Reed are the result of an ugly, painful legacy of systemic racism and violence at the heart of the American story. It’s a story that begins with the genocide of indigenous peoples and continued with the enslavement of African people, whose free labor built the wealth of countless white Americans.”

According to the National Pulse, since 2016, Ford Foundation has given roughly $7.8 million to Black Lives Matters and other similar groups through a partnership with Borealis Philanthropy. These groups are the public face of the Defund the Police movement.

And that movement was formed from a group seeded by the Foundation back in 2015 called Black Youth Project 100 (BYP100) at the University of Chicago. Their mission was to “Disband, Disarm, Disempower” the police.

Since the group’s founding, the Ford Foundation has given them $3.1 million.  BYP100 now serves as central command – recruiting protesters, providing professional protester training, and coordinating protests in cities across the U.S.

Mr. Ford may not have to look far to see the results of what the Ford Foundation has been funding. In his hometown of Detroit, murder is up 25 percent since last year and there have been 271 non-fatal shootings – up 30 percent, according to Deadline Detroit.