The suspect reportedly told detectives that she's 'swimming with the fishes' 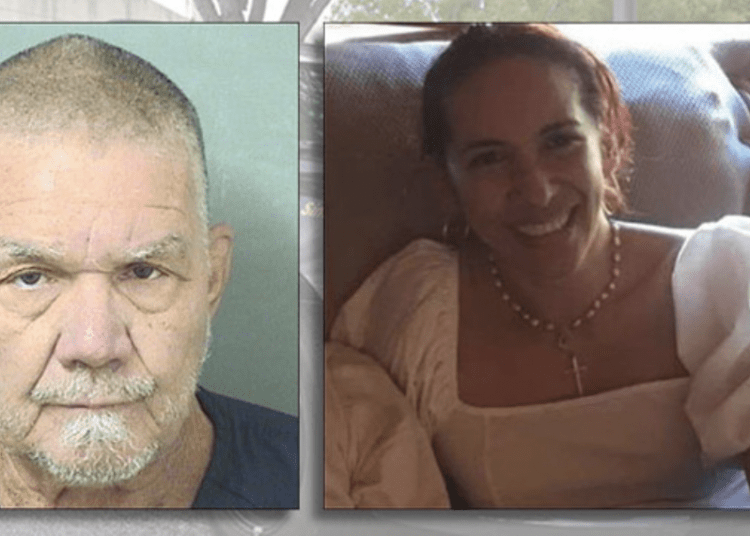 BOYNTON BEACH, Fla. — A Florida man was taken into custody after his newlywed wife’s remains were found buried in their backyard, authorities said.

Roberto Colon, 66, of Boynton Beach was arrested Saturday on a charge of first-degree murder in the slaying of 45-year-old Mary Stella Gomez-Mullet, the South Florida Sun-Sentinel reported.

The couple was married in January just weeks after meeting each other, according to CBS12.

Colon allegedly told authorities that he wed Gomez-Mullet to give her US citizenship in exchange of taking care of his mother who suffered from dementia, the outlet reported.

Gomez-Mullet was reported missing on Feb. 20 after a friend overheard a concerning encounter between her and Colon over the phone, police said.

The friend told authorities that Gomez-Mullet was yelling, “No, no, no, Roberto!” before the call ended.

She tried calling Gomez-Mullet back, but the phone went straight to voicemail, the outlet reported.

On Feb. 24, a bloody purse containing items belonging to Gomez-Mullet was found about a mile from Colon’s home, authorities said.

When questioned by authorities about her disappearance, Colon suggested that she disappeared while he was at a doctor’s appointment on Feb. 18, New York Post reported.

He also said they had got into an argument in which he accused her of stealing his mother’s money, according to CBS12.

Detectives later searched his home and uncovered blood stains on the front door, in the garage and inside of the workshop, the outlet reported.

When confronted with the new evidence, Colon allegedly told detectives that Gomez-Mullet was “swimming with the fishes,” news station WPTV reported.

Then as officers left his property, Colon said to them, “Well, at least you didn’t find a body at my house,” WPTV reported.

Earlier in the week, police said they heard from a witness who said Colon, in January, threatened to strangle his wife and bury her in his backyard.

Consequently, investigators returned with a warrant and searched the backyard on Friday. As a result, they found human remains that were identified as Gomez-Mullet.

“Our heartfelt condolences are with Mary’s family and loved ones,” Boynton Beach Police Chief Michael G. Gregory said in a statement. “We remain dedicated to this ongoing investigation and bringing justice to her family.”