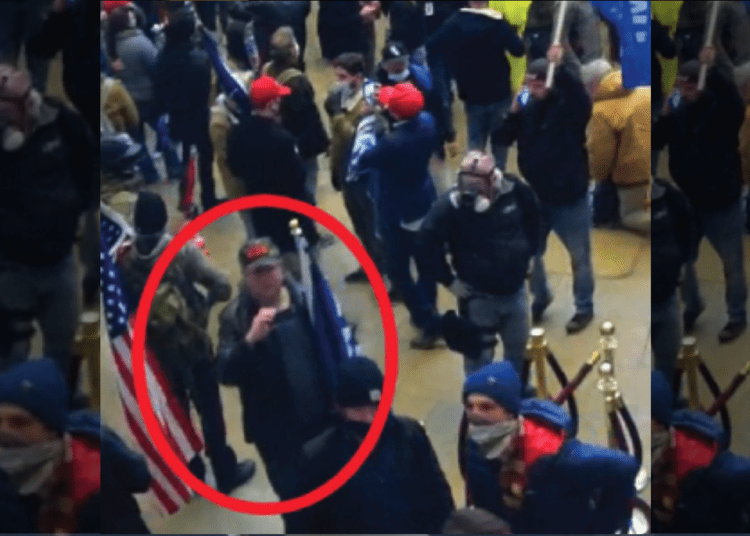 WASHINGTON – A New Mexico man who testified that Jan. 6 was a “magical day” has been acquitted on all charges after a federal judge found that he “reasonably believed” police officers essentially allowed him into the building.

Matthew Martin was among the thousands of Trump supporters who descended on the US Capitol in Washington, DC on Jan. 6, 2021, the Post Millennial reported.

Martin was subsequently charged with four misdemeanors for his actions. Although many others have pleaded guilty to minor charges, Martin fought the allegations levied against him. As a result, all charges have been dropped after demonstrating to the court that police allowed him to enter the Capitol.

Following a two-day bench trial, US District Judge Trevor McFadden ruled on Wednesday that Martin “reasonably believed” that Capitol Police did not try to impede the defendant from entering the building, even tacitly showing approval, NBC reported.

Martin took the stand in his own defense at trial, and was “unapologetic” about attending the Jan. 6 riots. He referred to the experience as “magical.”

Martin entered the Capitol from the east side. He was in the building for ten minutes. While inside, he reportedly filmed and simply walked around.

Although many others were aggressive in their behavior, Judge McFadden described Martin as a “silent observer,” calling his conduct “minimal and non-serious.”

Video introduced as evidence during the trial revealed the doors through which Martin entered were guarded by two officers who remained still and unresponsive to the crowd, the Post Millennial reported.

The judge appears to have weighed the fact that Martin didn’t interfere with officers fighting back rioters as a factor in the defendant’s favor, and not as yet another indication to Martin that he shouldn’t have been there, according to Law&Crime.

Martin was working for a private defense contractor at the National Laboratory in Los Alamos and had top-secret clearance at the time of the Capitol riot, prosecutors said in the trial brief. He was reportedly fired after being charged.

Martin’s trial is just the third related to Jan. 6 to be completed. There have been about 200 people who have previously pleaded guilty to misdemeanor offenses.

Nevertheless, many others with pending cases are expected to make the same defense as Martin, since some intruders even had selfies taken with Capitol police officers, Law&Crime reported.

The government’s record on Jan. 6 trials so far is mixed. While Wednesday’s verdict is the first full acquittal, Couy Griffin was found guilty of entering a restricted area but not guilty of disorderly conduct after a bench trial.

However, Guy Reffitt, who was accused of obstructing Congress and bringing a gun to the Capitol, was convicted of all five counts in a jury trial.