FBI: Clinton Was So Unpleasant Security Agents Didn’t Want To Protect Her 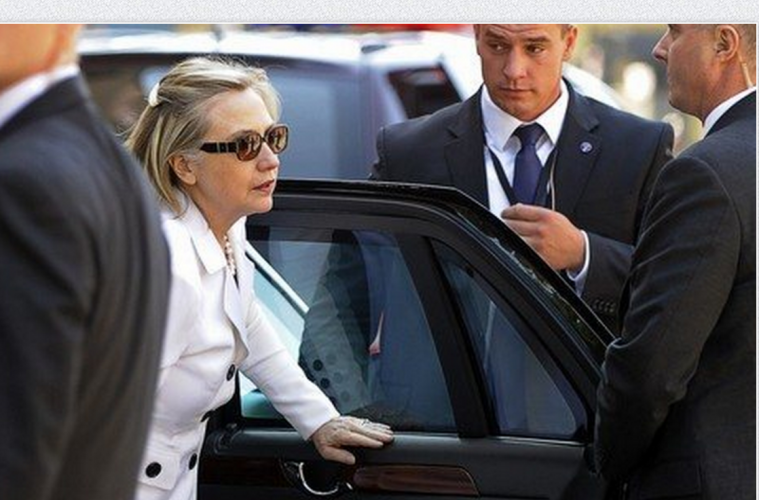 That exchange is one among many that active and retired Secret Service agents shared with Ronald Kessler, author of First Family Detail, a compelling look at the intrepid personnel who shield America’s presidents and their families — and at those whom they guard.

In the FBI documents released today that relates to its investigation of Clinton’s private email server. The documents incorporate summaries of several interviews the FBI conducted, including one with a woman who served as an agent with the State Department’s Bureau of Diplomatic Security (DS) during Clinton’s time as secretary of state.

Department of State security officers found then-Secretary of State Hillary Clinton so unpleasant they refused to work on her security detail.

During her interview, the agent said Clinton treated agents rudely and with contempt, and was so unpleasant that senior agents typically avoided being on her security detail.

“[Redacted] explained that CLINTON’s treatment of DS agents on her protective detail was so contemptuous that many of them sought reassignment or employment elsewhere,” the interview summary says. “Prior to CLINTON’s tenure, being an agent on the Secretary of State’s protective detail was seen as an honor and privilege reserved for senior agents. However, by the end of CLINTON’s tenure, it was staffed largely with new agents because it was difficult to find senior agents willing to work for her.”

The agent added that she had spoken to several Secret Service agents who reported similar poor treatment from Clinton.

In addition to this report, we have previously written about Clinton’s disdain and disrespect for law enforcement.

It has never been a secret within law enforcement at how Hillary Clinton treats those around her including those there to protect her.  Stories are everywhere of her disdain and hatred from demanding that police officers in uniform leave the room, turn their backs to her and in one instance, “hide” in a closet so she would not see them.

We were recently told by a Dallas Area officer that had to spend a day with Clinton and it was described as the “most miserable day” of their career up to now.

As it looks today, Hillary Clinton could well be in the Oval Office and we will know soon whether her policies in regards to law enforcement will match how she has treated them behind the scenes for years.
Read More