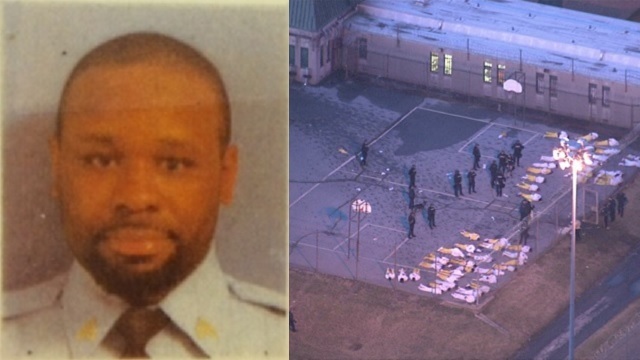 On Thursday, Delaware State Police and federal officials released the name of the Department of Correction officer killed in the riot and subsequent hostage situation at the James T. Vaughn Correctional Center in Smyrna Wednesday, marking the first correctional officer to die in the line of duty in the state’s history.

“It is with great sadness that I stand before you today,” said Perry Phelps, the DOC Commissioner, who announced the death of 47-year-old Sgt. Steven Floyd, a 16-year departmental veteran who served the entirety of his employment at Vaughn, was found unresponsive and later declared dead following a tactical breach of the building.

Floyd, who began his career in May of 2000, was promoted to sergeant in 2002. He had perfect attendance in 2004 and 2005, Department of Correction Community Relations Chief Jayme Gravell said in a release Thursday, and “remained steadfast and never wavered in his duties as a sworn law enforcement Officer.”

Gov. John Carney said he’d hoped this event would end with a different result, “but it didn’t. Today, all of us mourn with the family of Sgt. Floyd.”

After announcing he’d ordered flags to be flown at half-staff across the state, Carney acknowledged how difficult the job of a correctional officer is, and said Delaware owes these brave men and women their collective thanks.

Commissioner of Safety and Homeland Security Robert Coupe said there are “120 suspects” in Floyd’s murder.

Share and speak up for justice, law & order...
Tags: delawareNewsOfficer Down