'Wanted them to go to heaven,' police say 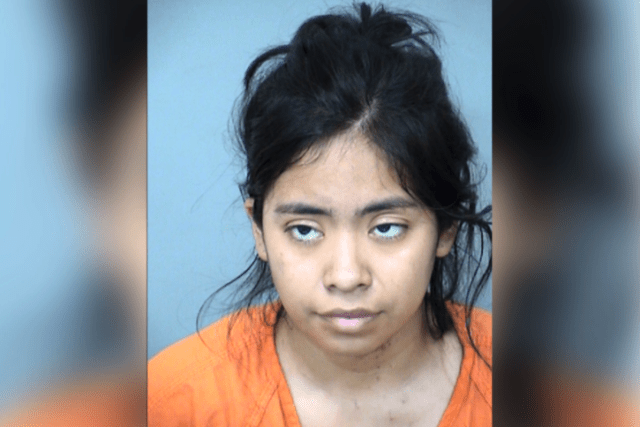 PHOENIX — A mother in Arizona reportedly shot her two young kids multiple times, one fatally, after she told them she wanted them to go to heaven, according to law enforcement authorities.

Esther Callejas, 24, shot and killed her 2-year-old daughter before firing “at least” three shots at her 6-year-old son, critically wounding him, as the youngster tried to flee in their home on Monday, prosecutors said in court, Fox 10 Phoenix reported.

Once the woman ran out of ammo in a .38 revolver that she used during the heinous crime, she struggled to reload the weapon and subsequently tried to kill herself by ingesting anti-depressants, AZFamily.com reported. She then called her husband and sister-in-law to tell them what she’d done.

The little boy continues to fight for his life as he remains in critical condition as of Thursday, reports said.

Sgt. Ann Justus of the Phoenix Police Department said that police were called to the home at about 11:45 a.m. on Monday, and first responders administered CPR on the children until they were transported to the hospital.

Callejas purchased the murder weapon a few years ago but hid it from her husband, Emmanuel Isidro, the Arizona Republic reported. She had been on prescription meds for her depression, the newspaper stated.

The woman first discharged the firearm to test it, negligently hitting herself in the left hand before turning the gun on her children. Eperanza Isidro, 2, was pronounced dead at the hospital, according to the news outlet.

In an interview with police after her arrest she admitted to the shooting and said “she wanted them to go to heaven,” Fox 10 said.

The horrific crime scene left responders “shaken up,” according to Justus.

“You can imagine, something nobody should have to see our officers see it again and again,” she said.