EMT dies after being shot during Tucson shooting spree

Jake Dindinger did not survive the murderous rampage of Leslie Scarlett 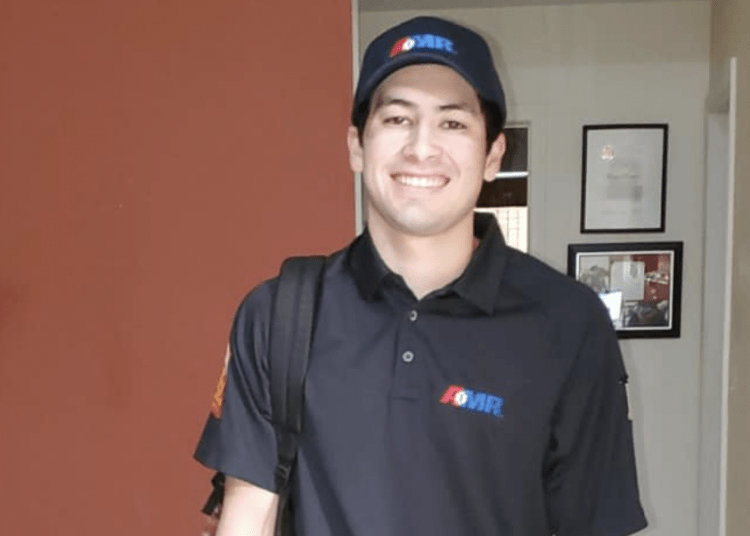 TUCSON, Ariz. — Jacob “Jake” Dindinger had just started work as an American Medical Response EMT with the goal of one day becoming a firefighter like his brother in California. He should have his whole life ahead of him. Instead, his life came to end after being shot by a crazed Tucson gunman on July 18.

Dindinger, 20, was shot in the head, arm, chest and neck, and after fighting for nearly two weeks, passed away on Friday, according to reports.

Dindinger had been on the job for four months when he and a colleague showed up at the scene of an emergency and were tending their ambulance when Leslie Scarlett, 35, drove by and started firing a gun at them, according to KVOA-TV.

Dindinger’s partner suffered gunshot wounds in the chest and arm and was reported as being in stable condition several days later, Western Journal reported.

Scarlett is accused of shooting his girlfriend, Jennifer A. Fells, before lighting the home on fire. Her body was identified several days later.

According to investigators, once Scarlett set the home on fire, he left the scene and headed to a nearby park, where he ambushed Dindinger and his partner who had been standing outside an America Medical Response ambulance stationed at Quincie Douglas Center for “an unrelated medical emergency.”

After opening fire on the first responders, Scarlett returned to the scene of the residential fire. Upon arrival he began shooting at firefighters, neighbors and “basically anyone who was trying to help,” Tucson Police Chief Chris Magnus said.

A neighbor, identified as Cory Saunders, 44, was fatally shot in the head. The chief said the victim’s 11-year-old son witnessed the attack, Law Officer reported.

A Tucson fire captain was shot in an arm, was treated and released from the hospital. A second neighbor who was grazed in the head by a round fired by the suspect “did not require further medical treatment at the hospital,” Magnus said.

The gunman died after languishing for four days in the hospital, Law Officer reported.

When Dindinger was in the hospital, those who knew him took the time to tell the world about him and let people know just how amazing he was, how much he had going for him and how much he had to offer.

“During Jacob’s new hire class, it was evident that his quick wit and sense of humor made him the perfect fit for a first responder,” a Facebook post from AMR Southern Arizona read.

“A couple months after being hired, Jacob started expressing an interest in being sponsored by AMR to attend paramedic school, once he was eligible. Jacob’s long-term dream and goal was to be a firefighter just like his older brother, but he wanted to accomplish that goal quicker than Bryan. This shows the drive and determination that Jacob has.

“One of the most important things in Jacob’s life is his family. Family means everything to Jacob, and he is happiest when he is with his family.”

Cindy Mendoza, Dindinger’s aunt, commended his selflessness and said that helping others was his driving force.

“All he wanted to do was help others,” Mendoza told KTSM-TV. “Whether it was family, friends, strangers, animals, that was just his character. When he started doing this, he knew right away this was his passion.

“He also has a brother who is a firefighter in Los Angeles and wanted to follow his brother’s footsteps. That was a big passion for him to do is to do what his brother was doing as well.”

After hearing the sad news of the young man’s passing, Arizona Gov. Doug Ducey has ordered that flags be lowered to half-staff.

“Jacob Dindinger was a brave, selfless member of our community whose life was taken far too soon,” Ducey said in a news release on Friday.

“Arizona’s deepest prayers are with Jacob’s family, loved ones, his fellow first responders and everyone who has been impacted by the senseless, violent act that took place while he was working to help and protect others,” the governor continued.

“In honor of Jacob’s life and service to our state, I’ve ordered flags be lowered to half-staff.”