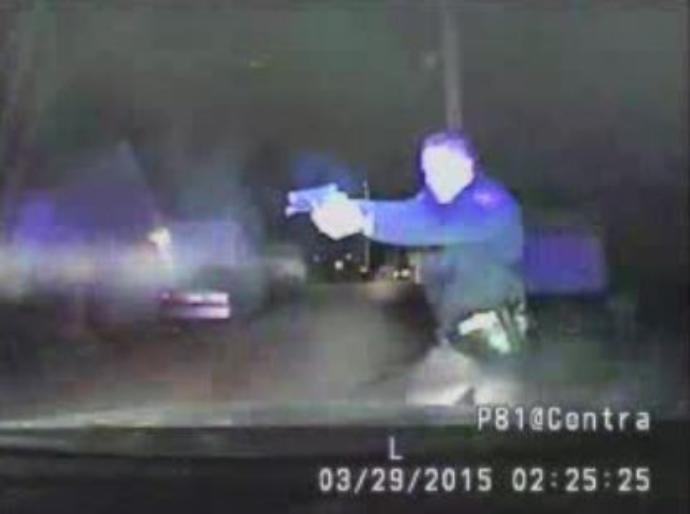 Ducks in a Row

Ducks in a Row

And so it begins. Officers trained in the legal aspects of deadly force—and in the practical application of gunfire—return fire or otherwise respond to a perceived threat to their life or the life of another. It could be a gunfight with rounds fired by the perpetrator at the officers, with the officers returning fire. It could also be an officer responding to a man either drawing a pistol, brandishing and threatening with a long gun or attacking officers with a knife or club. The shooting could also be based on a suspect in a vehicle attempting to run over the officer(s); a suspect feloniously beating an officer; disarming or attempting to disarm an officer or an untold number of other scenarios.

The suspect’s gun could be real or a toy. The perpetrator could be male or female, young or old, large or small. They could be a violent felon with an extensive criminal history or a first time offender. They could have mental health issues or be someone who “just snapped” or used the police as a tool to commit suicide.

The possibilities are too endless to fathom and certainly, regardless of the circumstances, the suspect will be someone’s relative. And your officer will have just shot and killed them. Considering the state of this country and the media microscope under which police shootings are currently dissected, you, your agency and every move you make will be scrutinized or otherwise criticized by the national media.

The Key is Training
First and foremost, training is the key. I don’t care and it doesn’t matter what your budget crunch is, you must train all levels of your personnel to the greatest extent possible. Professional training on the legal and practical applications of use of force will have more of an impact to reduce use of force and ensure proper conduct than all the politically correct, racially sensitive, cultural diversity training in existence. Period.

Training must begin with the Fourth and 14th Amendments and not just provide boring recitations of the federal standards as well as applicable state laws. Officers, supervisors and admin folks must understand that a use of force is a seizure and the Fourth Amendment’s Objective Reasonableness standard holds sway as do state laws pertaining to use of force.

Training programs must also include proper use of force investigations, providing police best practices on non-deadly use of force, officer involved shootings, Miranda and Garrity, in-custody death, excited delirium, the intentional use of the police vehicle to ram a suspect or suspect’s vehicle, how to interpret video tape of police use of force and shootings at suspects in vehicles. The latest science and research into the dynamics of human and vehicle movement, performance under stress, perceptual narrowing and law must be included.

Police chiefs and sheriffs must be required to attend this training. I’ve seen too many chiefs and sheriffs make poor and ill-informed decisions based on ignorance of the law or the realities of use of force. An administrator who thinks he knows it all is a fool and not a leader. Too many officers have been charged with crimes or disciplined by chiefs or other supervisors who should have known better and whose primary responsibility was to, a) know the law, b) know policy, c) know police use of force and d) know the investigative process of use of deadly and non-deadly force—and didn’t. Further, I’ve seen too many press conferences held by chiefs who don’t know the first thing about police use of force. It is not only embarrassing when a chief gets in front of a camera or gives an interview on a shooting or serious use of force and makes factual, legal, procedural, investigative or policy misstatements of facts, it does not equate to a professionally run or managed police agency or the competency of the individuals who run it, and erodes public trust.

Adults learn best by doing, and scenario training or “labs” allow officers to learn best by involving their decision-making skills. Use of marking cartridges or airsoft weapons in force-on-force or confrontation simulation must be conducted in basic and in-service training on a regular basis. Competence equals confidence and control of the fight or flight (sympathetic nervous system) response. This in turn means better use of force decisions. To achieve competence we must train—pure and simple—on a regular and realistic basis in relevant skills.

Policy Development
It is my opinion that a minimalist use of force policy that mirrors the law makes more sense than a 50-page monolith which no one will remember and few will be able to follow. You want a foolproof policy? Good luck; maybe it will come to you via a rainbow colored unicorn. Perfect policies simply don’t exist, but modern and up-to-date policies do. Many agencies include such things as authorized firearms, qualification courses, and so on in a use of force policy. Agencies should separate: use of deadly and non-deadly force; Taser policy; OC policy; authorized firearms and officer-involved shooting into separate policies. Agencies should also remove antiquated terms such as “continuums,” “matrixes,” and “use of force models” from policy as well as training. Such mechanical devices were proscribed by the Supreme Court in Graham v. Connor and are more often used against agencies. They are not legally required, imply that the officer must wait for a suspect to attack first, are confusing and usually come with officer/subject factors and special circumstances as a way to explain why the model or continuum doesn’t apply to dynamic situations.

I would also suggest agencies develop an officer-involved death or serious bodily injury policy. Such a policy comes into play when an officer is involved in a pursuit or related event that results in a death, are shot at but are not hit or return fire but don’t strike the offender, encounter a suspect experiencing excited delirium who dies; or other arrest-related death. Such a policy spells out the officers, as well as police union or association and investigators roles and responsibilities. Rather than “winging it” in an investigation, this policy indicates who is in charge and how the investigation will proceed as well as officer wellness issues such as critical incident stress debriefings and any available fit-for-duty counseling.

Of vital importance are issues such as public safety statements, on-scene walkthroughs for investigators so that vital information such as suspect description and direction of travel can be relayed, location and details of the crime scene, evidence location and description.

Take a look at your agency’s use of deadly force and—if available—officer-involved shooting policy. When was either last updated? Does either include the legal parameters, rights and responsibilities of not only the officer but also the agency? Are there clearly defined roles post incident? Are officer public safety statements, timeline of interviews, investigative command, debriefs and more included? If your agency plans on having a county or state investigative unit handle officer-involved shootings or deaths in custody, how does this jive with Garrity statements, union contracts and investigative control? Giving up investigative control may be politically correct but I’ve seen bungled investigations resulting in multiple officers charged based on statements compelled by Garrity.

Professional training on the legal and practical aspects of use of force is necessary for all agencies, regardless of budgetary concerns.

I would strongly resist the urge to make use of force policies more restrictive than the law allows. This creates the conundrum where you have a perfectly legal use of force but violate policy. Such a circumstance will certainly be used against the agency in any civil litigation. The case law on use of force may be very deferential to the officer on the street, but there is good reason. It allows officers to use a range of reasonableness at the moment force is used in situations that are tense, uncertain and rapidly evolving, and is not to be judged in hindsight. The court understands and allows this, so why impose more restrictive policies upon them?

Wrap-Up
It’s time for your agency to get its ducks in a row. Revisit old use of force and officer-involved death or shooting policies to make sure that they are up to date. Ensure that primary stakeholders understand new and emerging technologies such as body-worn video and scientific study on human response times and actions under deadly stress; and are able to professionally assess and determine use-of-force lawfulness. If we insist that officers make the best use-of-force decisions and avoid catastrophic situations on the street, then we need to train them the best we can, develop policy that is clear and straightforward based on the law, and conduct thorough and professional investigations. Chiefs, sheriffs and personnel in the command ranks must lead and be as competent in their knowledge, actions and decisions as the line officer on the street. Only then is an agency able to withstand public and media scrutiny and attack and won’t be a sitting duck.

The author’s book, Use of Force Investigations: A Manual for Law Enforcement (available at Amazon.com) has more information on this topic.

Kevin Davis is a full-time officer assigned to the training bureau where he specializes in use of force, firearms and tactical training. With over 23 years in law enforcement, his previous experience includes patrol, corrections, narcotics and he is a former team leader and lead instructor for his agency's SWAT team with over 500 call-outs in tactical operations.
Tags: ColumnistDefensive TacticsLegalTacticalTactics & WeaponsTraining