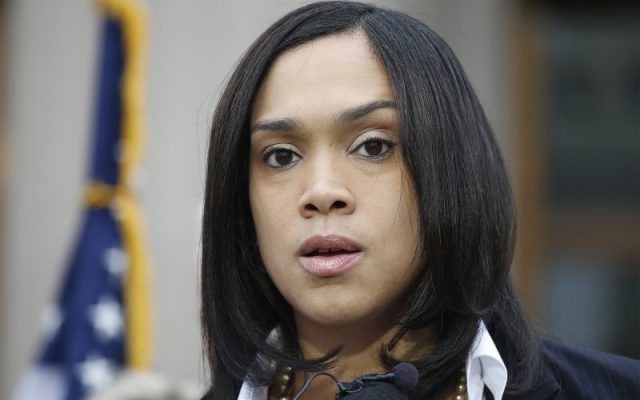 A George Washington University law professor has filed disbarment charges against Marilyn Mosby for her corrupt prosecution of six Baltimore cops in the death of career criminal, Freddie Gray.  There have now been 3 trials and Mosby hasn’t come close to winning one yet and has even been excoriated for withholding exculpatory evidence.  The list of charges against Mosby are as follows:

The complaint filed with the Maryland Bar Counsel calls Mosby “a runaway prosecutor” and alleges she violated ethics rules, claiming she never had probable cause to charge six officers in the death of Freddie Gray.

“I think Marilyn Mosby has harmed the city of Baltimore. And if she continues, that harm will get worse,” said law professor John Banzhaf, George Washington University.

Banzhaf, who filed the complaint, accuses Mosby of only filing charges to stop the unrest in Baltimore.

“I heard your call for ‘No justice, no peace.’ Your peace is sincerely needed as I work to deliver justice on behalf of this young man,” Mosby said in May of 2015.

Banzhaf’s complaint calls Mosby’s words a “misuse of her role” and a “perversion of her office.”

Share and speak up for justice, law & order...
Tags: headlineNews