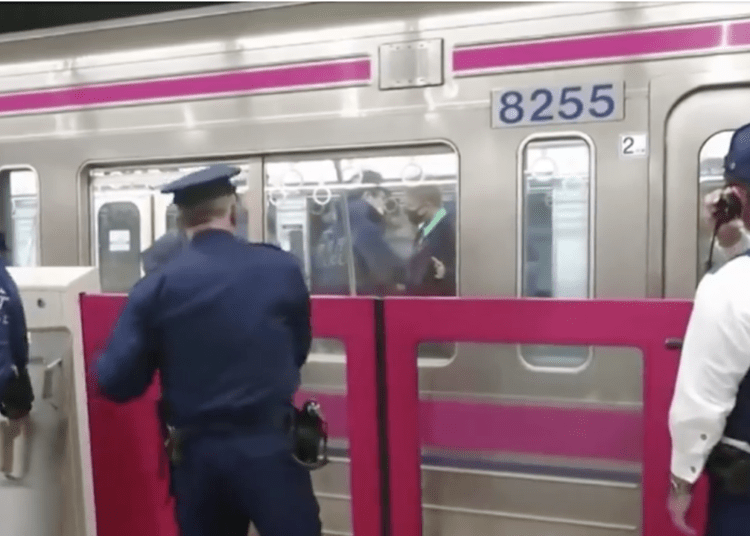 TOKYO — A knife-wielding assailant dressed as the Joker went on a rampage aboard a Tokyo passenger train Sunday, stabbing at least 17 people and starting a fire before police were able to take him into custody.

The attacker pulled out a knife and began slashing passengers aboard the crowded Keio commuter train near the Kokuryo station while wearing the villain’s costume from Batman lore, NHK News reported.

“I thought it was a Halloween stung,” one witness told local journalists. “Then I saw a man walking this way, slowly waving a long knife.”

The witness speaking to reporters said the knife was covered in blood, New York Post reported.

As the attacks were ongoing, passengers scrambled to avoid the crazed assailant, according to NHK News. Some people aboard the train climbed through windows and others fled from one rail-car to another, as smoke began to fill the train after the suspect poured a flammable liquid and ignited it.

🚨 | NEW: The alleged attacker in Japan, in a “Joker” costume. Sitting and casually smoking after stabbing and spraying hydrochloric acid on passengers on a train in Tokyo, and then setting everything on fire

Police were finally able to get to the suspect and make an arrest, but not before he wounded 17 passengers, one who is listed in critical condition, the Post reported.

Although police did not disclose a motive for the attack, local outlets reported the attacker “wanted to kill people so he could be sentenced to death.”

The Joker Arrested In Florida

Police Arrest Man Carrying A Sword, Dressed As The Joker