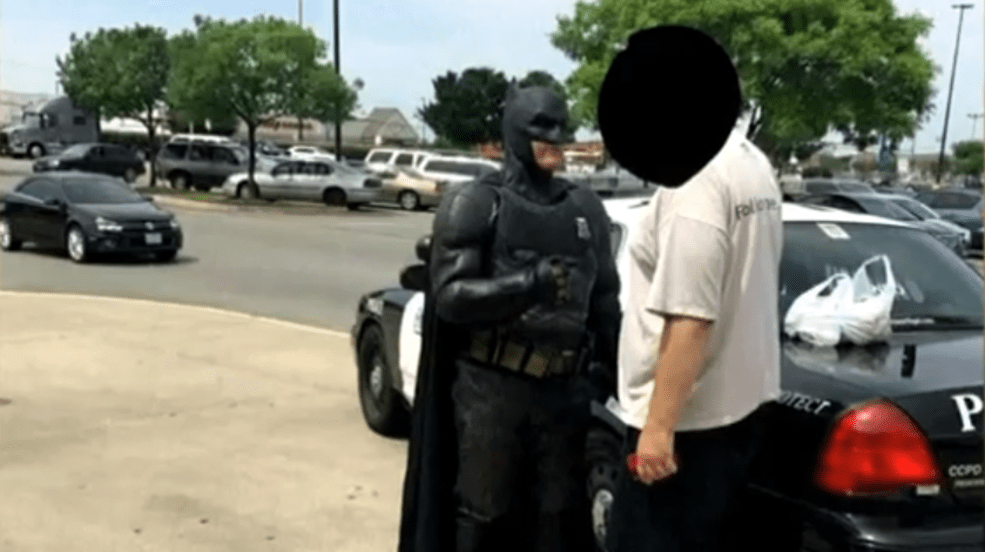 An off-duty Texas police officer stopped an attempted shoplifting suspect last weekend. And although he wasn’t wearing a police uniform, he was dressed as an iconic crimefighter.

Fort Worth police officer Damon Cole posted pictures of himself making the arrest while dressed as Batman on his Facebook page.

Cole escorted the suspected shoplifter back to the store, where he was given a citation by a uniformed officer.

Cole regularly dresses as superheroes to do charity work across the country including visiting children in the hospital.

3 News reports that day he was hosting a kids’ safety day at the store as the Caped Crusader.

Share and speak up for justice, law & order...
Tags: batmanNews