The Joker Arrested In Florida 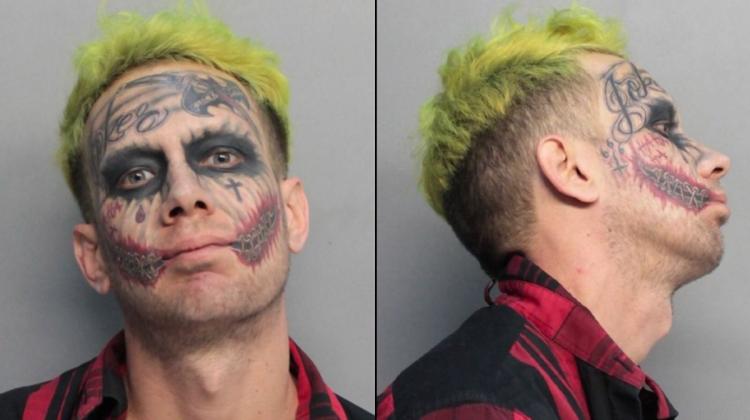 No need for The Batman, we’ve got the Joker in custody.

A man who must have a real thing for the Dark Knight’s nemesis was picked up by the cops Tuesday in southwest Miami-Dade.

Just after 6:30 p.m., police received reports of a man with facial tattoos and green hair pointing a gun at passing cars in the area of SW 104th Street and Hammocks Boulevard.

When an officer arrived he spotted 29-year-old Lawrence Sullivan, who fit the description, walking out the front gates of a nearby apartment complex.

CBS4 reports that the officer questioned Sullivan while conducting a pat-down. He reportedly found a Smith & Wesson .380 in one of Sullivan’s pockets and placed him under arrest.

Sullivan was charged with carrying a concealed weapon.

Share and speak up for justice, law & order...
Tags: batmanNews