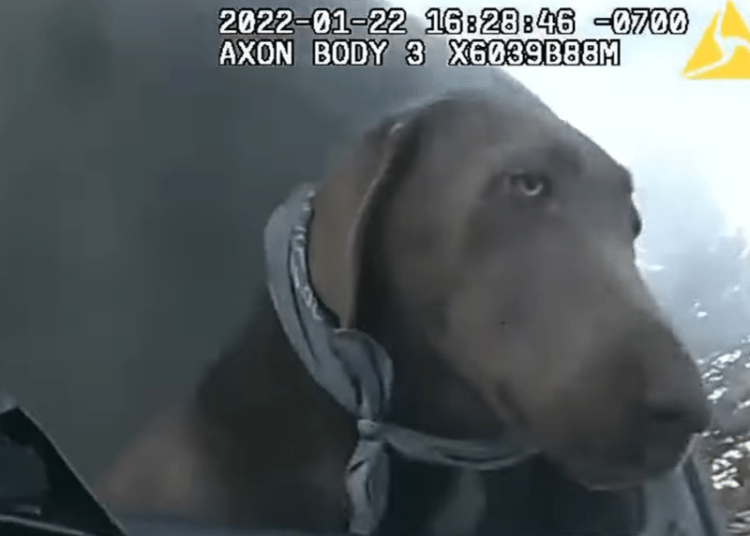 CASTLE ROCK, Colo. – Dramatic video shows a Douglas County deputy rescuing a dog from a burning SUV in a scene that took place Jan. 22 in a quiet suburban neighborhood outside Denver.

Deputy Michael Gregorek is shown on the video released by the Douglas County Sheriff’s Office arriving in the neighborhood to the smoke-filled SUV, according to Fox.

“Once I arrived on scene, the first thing I see is a gentleman, who ended up being the owner of the dog, throwing something at the back of the vehicle,” Gregorek said.

The trapped canine is named “Hank.”

“I knew he was really in a bad way. And so my thought only at that point was he’s coming out with me. Regardless of, you know, whatever else might be happening, smoke or fire,” Gregorek said.

With limited options, Gregorek smashed a side window and the vehicle’s rear window with his baton and they were ultimately able to free Hank from the burning automobile, according to Fox.

Hank was examined by a nearby vet and said to be in good condition.

“I’m a dog parent. … My only child is my dog,” Gregoriek joked when being asked about the motivation to rescue the animal.