Jason DiPrima was among 160 people arrested during the weeklong sting operation, which uncovered at least two sex trafficking victims 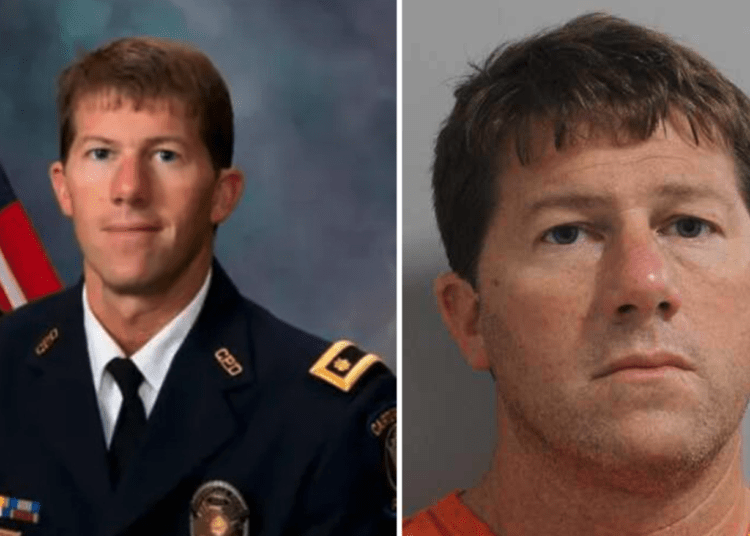 POLK COUNTY, Fla. – The Polk County Sheriff’s Office in Florida ran a weeklong sex sting operation to target human trafficking, which led to many arrests of sex workers and those soliciting their services. Deputy Police Chief Jason DiPrima of the Cartersville Police Department in Georgia was among those taken into custody.

“Our goal is to start services the moment that they are taken into custody and to treat them as what they are, victims, not as suspects in a criminal event,” Judd said at a press conference.

In addition to DiPrima, there were also two Disney employees, a state corrections officer, and several teachers snared during the operation.

DiPrima is “no longer a police officer,” Judd said during the briefing. This was also confirmed by the deputy chief’s agency.

Following his Sept. 1 arrest, the Cartersville Police Department placed DiPrima on administrative leave pending an internal investigation. However, they said in a Thursday press release that he resigned from the department, according to Fox.

DiPrima was taken into custody in the Sunshine State and faces charges of soliciting another for prostitution, lewdness or assignation, Law Officer previously reported.

According to PCSO, the deputy chief responded to an online advertisement on Aug. 31 and initiated a conversation with an undercover detective regarding sex. During the communication, Diprima agreed to sexual activities with the undercover detective, but then “got spooked” and asked to see her the next evening, deputies said, according to Click Orlando.

On Sept. 1, DiPrima reinitiated the conversation, according to detectives. He eventually agreed to come to an undisclosed location to meet the undercover detective posing as a prostitute while agreeing to pay $120 for “full service” sex.

Upon arrival, DiPrima provided the undercover detective with $180 and a multipack of White Claw, at which point he was arrested.

DiPrima was booked at the Polk County Jail, where he was released after paying a $500 bond.