Deputy charged with faking ambush attack while on duty

The DA Calls It Bewildering and Deeply Disappointing 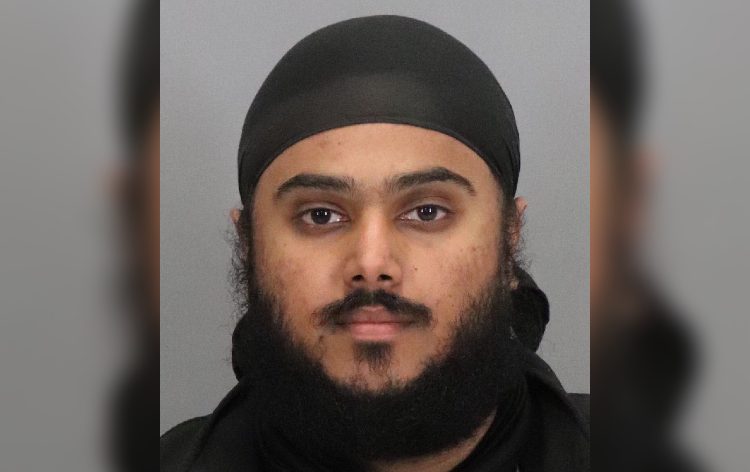 San Jose, California – A California Sheriff deputy was arrested and charged Friday for allegedly making up a story about an ambush attack that left his body camera and car shot.

The incident occurred a year ago while Santa Clara County Deputy Sukhdeep Gill, 27, was on duty.

Gill claimed in a panicked radio call that he had been shot while on patrol on January 31, 2020, shouting “Shots fired! Shots fired!” over an emergency channel, FOX 2 reported.

Fox News reports that he told officers he had been ambushed by a passing car when he stopped his vehicle on the side of the road and the bullet struck his body camera.

His police vehicle had also been shot by three bullets.

The Los Angeles Times reports that Gill told authorities at the time that he had fired back at the car as it sped away.

He was on a routine patrol along a rural mountain road in the foothills of unincorporated Morgan Hill, California, at the time.

Gill was placed on leave following the incident.

Santa Clara County District Attorney Jeff Rosen did not specify what parts of Gill’s story were fake but said ballistics and other evidence revealed inconsistencies.

Gill was not wounded in the shooting while the single bullet pierced his body camera.

“Deputy Gill’s actions abused the trust of his fellow officers and diverted public safety resources away from protecting the community to investigate a made-up crime,” he added of the manhunt that followed for Gill’s allegedly nonexistent shooter.

Santa Clara County Sheriff Laurie Smith in a statement said: “If the allegations hold true, Deputy Gill’s actions are not representative of the upstanding men and women of the Sheriff’s Office, who risk their lives every day to serve and protect our community with honesty and integrity.”

At the time of the incident, investigators had considered that Gill may have been targeted because of his religion.

Gill (above) is a Sikh and wears a turban.

“These allegations not only reflect negatively on the hard-working men and women of the DSA, but to all law enforcement professionals,” the Deputy Sheriffs’ Association of Santa Clara County said in a statement.

He remains on paid administrative leave.

Gill has been charged with filing a false police report and felony vandalism.