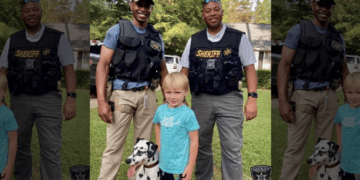 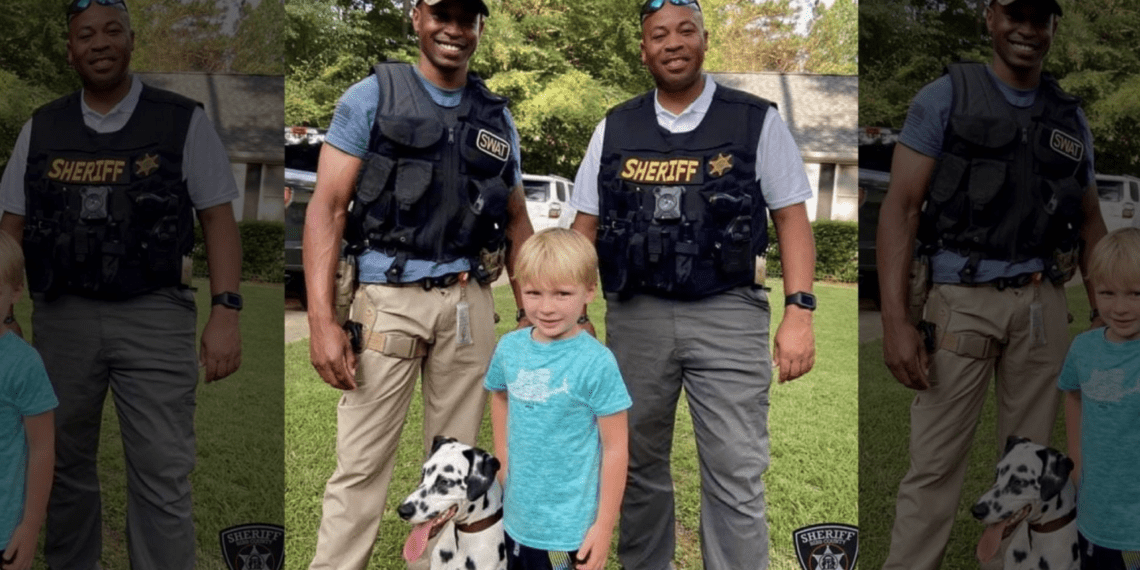 Deputies posed with the Dalmatian and its young owner after reuniting the dog with its rightful family on Saturday. (Bibb County Sheriff's Office)

BIBB COUNTY, Ga. — Georgia deputies reunited a lost Dalmatian with its rightful family on Saturday after a woman had claimed the dog as her own when it went missing last week, authorities said.

The family’s two pet dogs, a Dalmatian and a German shepherd, had gone missing Wednesday, the Bibb County Sheriff’s Office said in a statement. The family reported the canines missing.

A family reported that their pet dalmatian…

A woman found the dogs and immediately put an ad on Craigslist in hopes of finding the owners.

However, when the family saw the ad and called, she said a woman claiming to be the owner of the Dalmatian had already picked up the dog.

The family called the sheriff’s office for help finding their stolen pet.

Sheriff’s investigators received a tip on Friday about a woman walking a Dalmatian, the statement said. Deputies canvassed the area and located a vehicle that matched the description of the one driven by the woman who had claimed to be the dog’s owner.

Hence, deputies went to the home where the vehicle was located and spoke with Andrea Gore, 31. They asked Gore about the missing Dalmatian and subsequently located the dog in her bathroom.

Gore was arrested and charged with theft of lost or mislaid property, FOX reported.

Deputies returned the lost Dalmatian to its family and memorialized the happy moment with a photo including the dog and its cheerful young owner after being reunited.