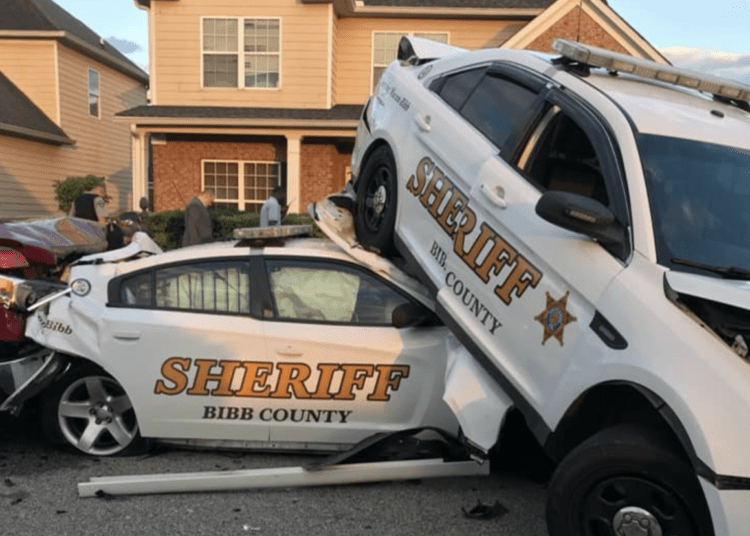 BIBB COUNTY, Ga. — Deputies in Georgia were involved in the fatal shooting of a crazed suspect. Now, the Georgia Bureau of Investigation is working to put together the pieces in a bizarre domestic disturbance that ultimately led to the deadly encounter.

The Bibb County Sheriff’s Office responded to a home off Karlee Dawn Road, just before 6 p.m. on Tuesday in reference to the domestic disturbance and possible kidnapping, 11Alive reported.

Once deputies arrived, they met with the victim who said she and her husband were going through a divorce, and that her husband tied her up and took their three children.

However, the woman was able to get free and ran to a nearby neighbor for help, according to the sheriff’s office.

Nevertheless, while deputies were taking a report of the crime, the husband, Keith Young, 30, returned to the neighborhood and apparently noticed deputies speaking with his wife, according to 11Alive.

Next, they said Young began speeding down the road toward the deputies and crashed into three patrol units as well a another parked vehicle. One deputy was still seated inside the cruiser when the crazed suspect intentionally crashed into them.

Consequently, deputies fired at Young, striking him. He was transported to Navicent Hospital where he later died.

The deputy who was sitting in the patrol unit during the vehicular assault is expected to be all right, reported 11Alive.

Deputies located the children with Young’s family and were turned over to investigators. They were later brought back to their mother who has them in her custody.

The series of crimes and OIS remain investigation with the assistance of the Georgia Bureau of Investigation.