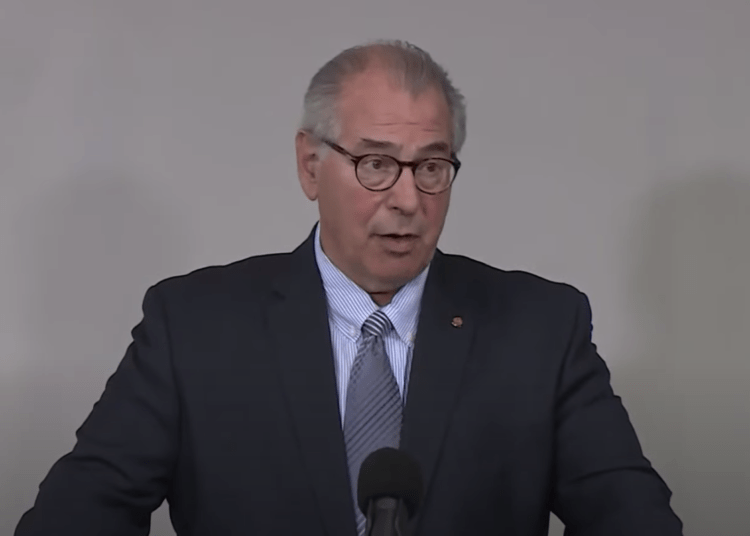 MINNEAPOLIS — A county attorney in Minnesota pushed back last week after a judge disqualified him and three subordinates from working on the George Floyd murder case, in which four fired police officers face criminal charges.

Hennepin County Attorney Mike Freeman and the three staffers from his office were “sloppy” in their handling of an interview with the county medical examiner, a likely key witness in the case, county Judge Peter Cahill decided Friday, according to FOX 9 of Minneapolis.

However, other prosecutors from Freeman’s office were permitted to stay on the case, the judge ruled, FOX 9 reported.

A lengthy motions hearing took place followed by the judge’s ruling. Freeman and Minnesota Attorney General Keith Ellison – who is overseeing the prosecution of the four fired police officers — each asked the judge to reconsider, reported FOX News.

“Any suggestion by Judge Cahill that the work of Sweasy and Lofton was sloppy is incorrect,” Freeman’s office said in a statement. “The Hennepin County Attorney’s Office fully stands by the work, dedication and commitment of two of the state’s best prosecutors.”

It wasn’t clear why the statement did not mention LeFevour.

The judge objected to the fact that prosecutors met privately with Dr. Andrew Baker, the Hennepin County medical examiner who conducted the autopsy on the body of Floyd.

Baker said in late August that Floyd had a “pretty high” level of fentanyl in his system at the time of his death but stopped short of saying the drug caused Floyd’s death.

The toxicology reports says, “Signs associated with fentanyl toxicity include severe respiratory depression, seizures, hypotension, coma and death. In fatalities from fentanyl, blood concentrations are variable and have been reported as low as 3 ng/mL,” Law Officer reported. Floyd’s blood draw at the hospital established the presence of “Fentanyl 11 ng/mL” (nanograms per mL), among other drugs.

Freeman insisted the meeting with Baker was done within Minnesota Supreme Court guidelines, adding he was confident that Cahill’s decision barring the prosecutors would ultimately be withdrawn, WCCO reported.

Prosecutors are seeking a joint trial for all four former officers charged in connection with Floyd’s death but defense attorneys are seeking separate trials for each officer.