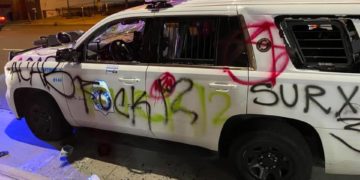 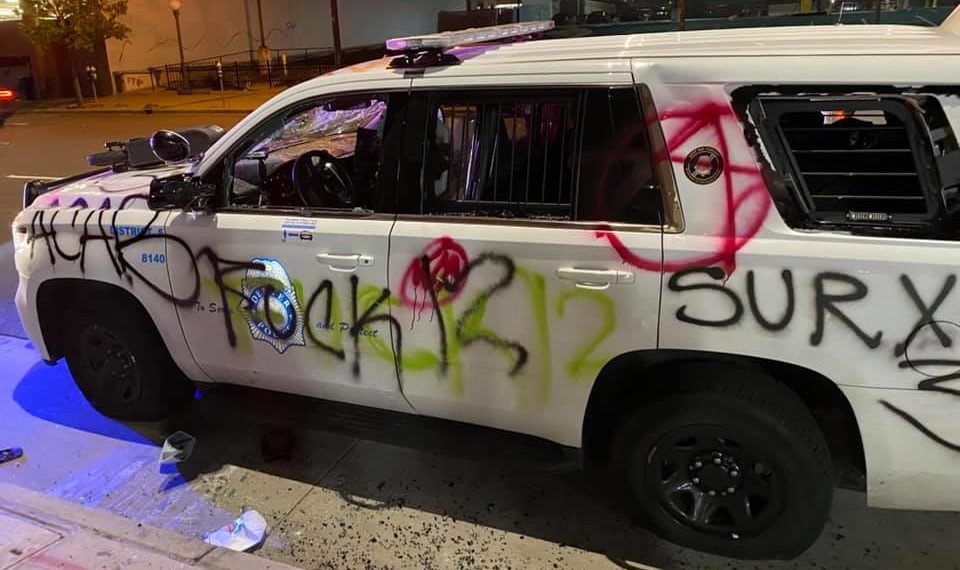 This was last night (not my car). The rioters and looters were far worse. They started breaking windows and looting innocent businesses all up and down the mall. We headed them off where we could but with the rules of engagement being related to protestors instead of the domestic terrorists that come out late at night when the people that actually care about what happened to George Floyd and the issues of racism in the country have gone home.

It wasn’t possible to give them the level of response needed to make them want to flee our great city and go back to their cockroach holes. We did what we could though.

I’m off tonight, leaving the safety of my city and my family to my fellow officers and now the National Guard it seems. If you know anyone that is part of the late night activities, please tell them that enough is enough and to stay home. For the safety of everyone involved, for COVID AND riots, you’re safer at home. 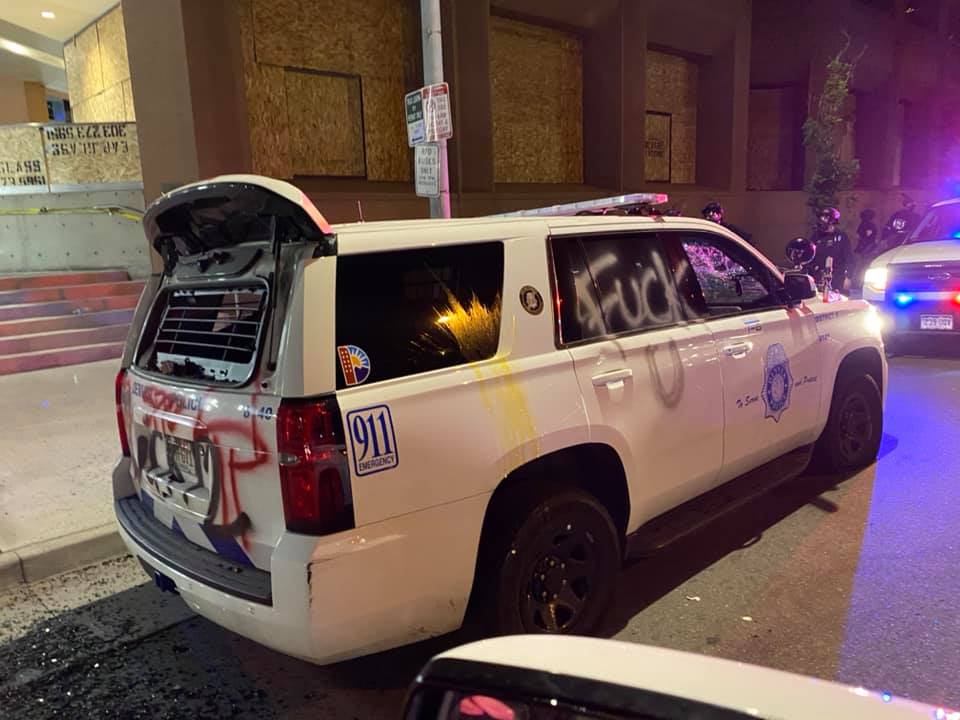 Another thought I had today as I woke up from 4 hours sleep to our days off being cancelled was that I don’t know how the military deals with enemy action day after day. After two days of being treated as an enemy by the anarchist types I’m exhausted.

Being assaulted by rocks intended to hurt, maim and kill us and at most being able shoot back with what are basically paint balls and use chemical munitions that make the bad guys eyes and nose run and his skin hot is frustrating. Standing in front of someone that gets to scream in my face that I’m a fascist and killer, when in reality last week and next week, if that same person calls and says someone is shooting at them, my friends and I will run into harms way to help them…is frustrating.

Watching people with selfish motives destroy businesses, set fires, loot and steal and only being able to disperse them instead of bring them to justice because Man forbid (I won’t say God forbid because He allows for justice) we hurt one of them ….is frustrating.

To our heroes in the military facing our enemy daily, thank you! To our medical personnel and pandemic specialists like my friends, thank you for continuing to protect us as COVID continues to threaten us.

To my brothers and sisters that will form up on that thin blue line again tonight, thank you.

To the good people that support all of the above, thank you.

To those that would do harm to any of the above, I’ll be back in a couple of days and fully rested. You’ve been warned.

Editor’s Note: This was taken from a Facebook post from the officer. We will not reveal his name and we are praying for the safety of him and all other first responders that are dealing with an enemy that they should not have the responsibility to deal with.