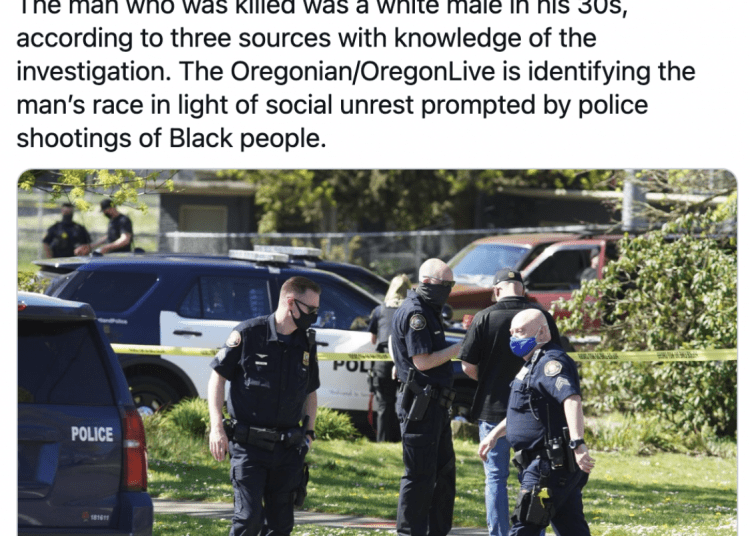 PORTLAND, Ore. — An Oregon newspaper included the race of a white man fatally shot by police in its news coverage, then clarified that describing his race was important “in light of social unrest prompted by police shootings of Black people.”

“Recent shootings include Daunte Wright, who was killed by police in a Minneapolis suburb earlier this week, and two killings in Clark County in recent months,” the newspaper explained, nodding to the fact that those fatal shootings sparked rioting, looting, and other destruction as reported by The Federalist. 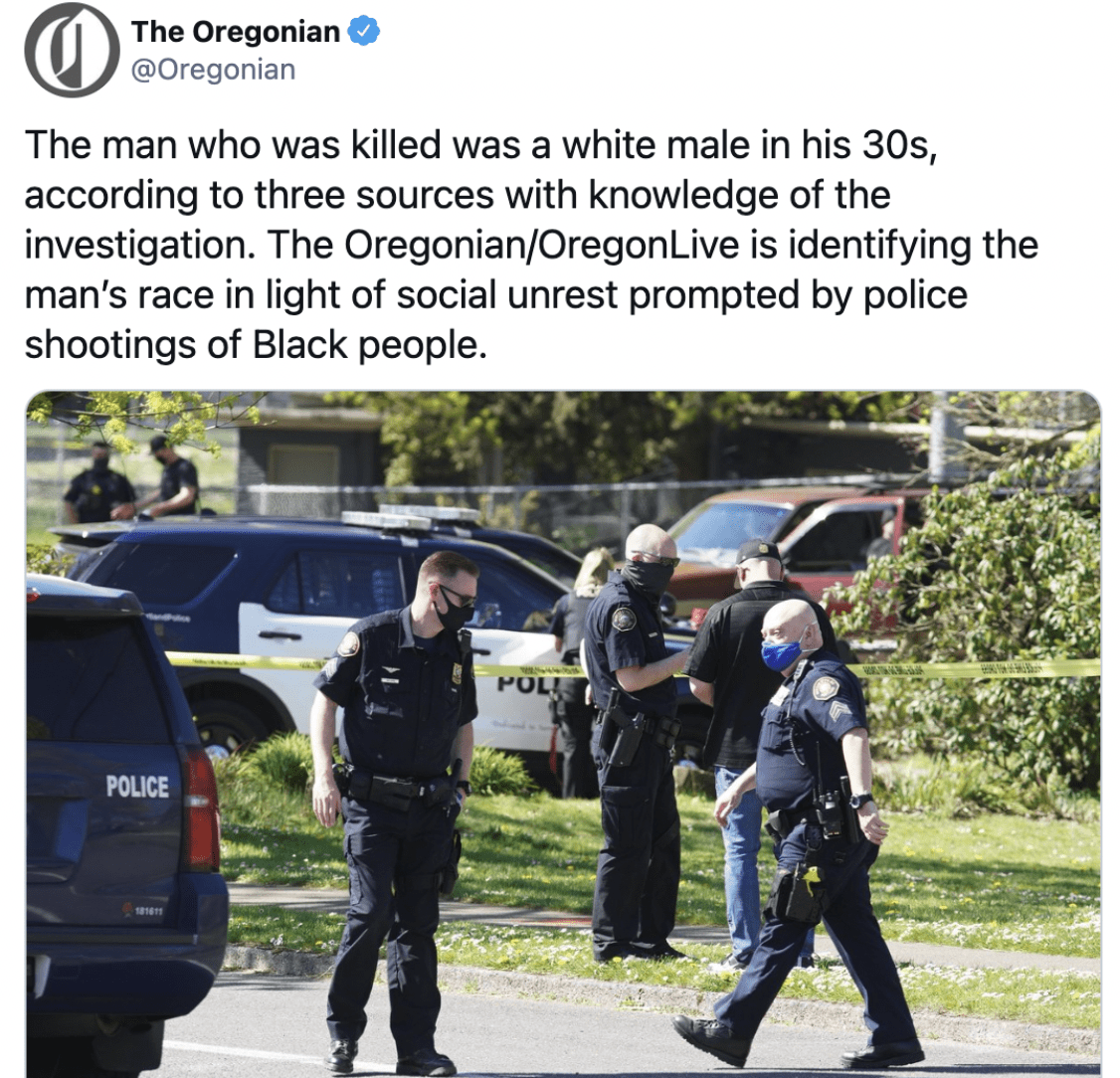 Hours after it was published, however, The Oregonian deleted the paragraph claiming the original statement was “poorly worded.”

“We included information in an earlier tweet about why we identified the victim’s race that was poorly worded. It was not intended to minimize what happened, only to provide context. We generally do not identify race in news stories but often do when reporting police shootings,” the newspaper’s clarification tweet stated.

Originally, The Oregonian reported that Portland police fatally shot a white male in his 30s on Friday morning after they received calls that someone at a public park had a gun. The man’s race, the newspaper claimed, was important because of the current social climate. The new paragraph instead states that “there have been several high profile fatal police shootings of Black men” but “the victim in this case was a white man in his 30s.”

Despite The Oregonian’s attempt to frame the story and include the man’s race to avoid “social unrest,” crowds still gathered at the park on Friday to condemn the deadly shooting. Their cries for “justice now,” according to The Oregonian, were met with “a dozen officers who had donned riot gear.”

“Police told protesters over a loudspeaker to leave the area or risk arrest,” The Oregonian reported.