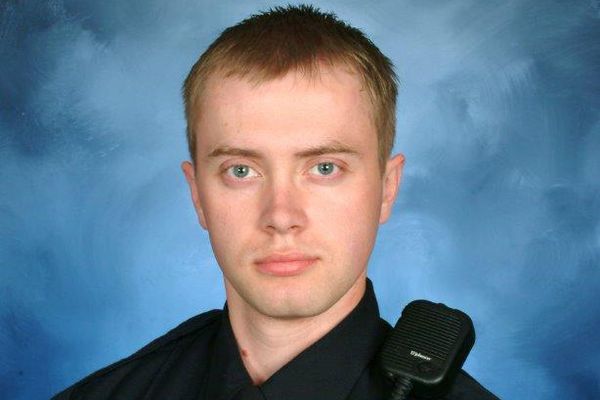 Fairbanks (AK) Sergeant Allen Brandt was killed by Anthony Jenkins-Alexie. Someone called 911 stating that they heard gunshots and a man screaming. Sgt. Brandt went to investigate.

All officers receive these types of calls pretty regularly. Most of the time, the officer doesn’t locate the person. Sometimes an officer might see a group of people running, but never catch up to them. It is really difficult because when the officer arrives, there are numerous people walking around, minding their own business that probably have nothing to do with the call. As part of due diligence, officers generally stop and talk to someone. This person might be angry that they were approached by the police. They are generally insulted that an officer asked them if they have a gun. In some circumstances, an officer might actually “frisk” the person prior to asking any questions. This obviously upsets most people, but it is a safety concern. Some officers might get out of their vehicle with their pistol drawn. I haven’t encountered anyone that was okay with this.

I am confident that I don’t care.

Maybe there weren’t any gunshots at all and someone called just to see how quickly the police would respond. Maybe an angry wife knew that her husband was armed and went for a walk and she called to “set him up.”

Sgt. Brandt was driving eastbound and the suspect was walking westbound. Suddenly, Mr. Alexie calmly approached the police vehicle from the passenger side. Maybe Mr. Alexie just lost his dog and he was stopping the officer for assistance. Maybe Mr. Alexie heard the gunshots as well and was attempting to tell the officer which direction he thought the shots originated. Maybe he was angry, hated police and wanted to blow the officers head off.

Sgt. Brandt had no clue.

Mr. Alexie wasn’t wearing a sign that said I am about to kill you. Until criminals start doing so, cops will continue to be wrong about a person, YET STILL JUSTIFIED IN THEIR ACTIONS!

Mr. Alexie walked up to the passenger side of Sgt. Brandt’s vehicle and opened fire without provocation.

Majority of the time, actions will always beat reactions.

This is why so many officers are justified in pulling their pistols on people found to be innocent. I wonder if Sgt. Brandt even had time to draw his pistol at this point. Mr. Alexie shot Sgt. Brandt 5 times. 4 of the shots entered his legs and one shot hit him in the chest. The shot that hit his chest bounced of his vest causing bullet fragments to enter his left eye. Being the sheep dog that he was, Sgt. Brandt was able to fire at Mr. Alexie and tell the dispatcher that he had been shot and needed assistance.

Mr. Alexie stated that he was seeking vengeance because the police took his relatives’ lives and close friends. Mr. Alexie is Native American. He also stated that

“my people and my community was all talk. So after a few heavy drinks…I snapped. I am deeply sorry. Choose a safer line of work!”

Sgt. Brandt was expected to survive the incident, but died as a result of surgery complications in the attempt to save his eye. Before he knew that the officer died, Mr. Alexie stated that he wanted to explain himself to Sgt. Brandt in person. Before going to work that night, Sgt. Brandt told his wife and 4 kids that he felt like he would be shot. After he got shot, he called his wife to tell her and she hung up the phone because she thought he was playing a sick joke on her.

The only thing Mr. Alexie did was calmly walk down the street. He was relatively in the area where the police call originated. Imagine the anger that civilians experience every day when an officer approaches them and tells them that they are temporarily detained because “we received a call about shots being fired in this area.”

I am not stupid enough to believe that officers have never used this excuse to harass people. What I am saying is that there are very legitimate reasons why officers aggressively detain people in this manner. Imagine the assumptions that are made when this happens in areas where gunshots are frequent.

I will point my pistol at you and you will comply prior to receiving an explanation as to what is happening. If I can’t see your hands and you don’t follow instructions, it may happen to you. If you approach my vehicle without waving first or ensuring that I can see your hands, I will probably point my pistol at you. I go out of my way to explain things to citizens AFTER everything is over because I understand how scary and stressful it is to have a pistol pointed in your face.

Officer safety is not a figment of police officers’ imaginations, although some officers use it as an excuse to violate people’s rights.

Do everything that you can to remember this situation if you are approached by an officer who appears to be too aggressive. Put your hands straight in the air and follow instructions. The officer has to justify his actions. If it isn’t legitimate, file a complaint and get paid. Make sure that you don’t do anything to add mud to the water. If the officer’s behavior is misconduct, let the camera show that you made every attempt to do as you were told and that your hands were visible.

This is tough stuff for everyone. RIP Sgt. Brandt.

Editor’s Note:  You can watch the dash cam video of this tragic incident here.