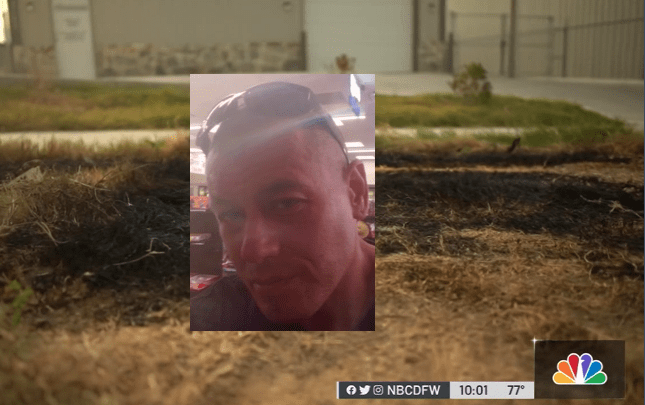 David Lueras was identified as one of three dismembered bodies found ablaze in a Fort Worth dumpster fire. (Screenshot NBC DFW)

UPDATE: A suspect has been arrested. He was identified as Jason Alan Thornburg, 41. He reportedly confessed to five homicides. Read more.

FORT WORTH, Texas — The Fort Worth Police Department revealed on Friday that three dismembered bodies were discovered in a dumpster fire on the city’s west side.

The Fort Worth Fire Department responded to a blaze in the 3100 block of Bonnie Drive about 6:15 a.m. Wednesday and made the gruesome discovery, police said.

Among the victims are an adult male, a young or teenage female, and a child, NBCDFW reported.

David Lueras, 42, was identified as the adult male victim. He is known to frequent the Dallas area, and has ties to Hurst, Euless, and Bedford. Lueras has a long criminal history, according to court records, the news outlet reported.

The identities of the remaining two victims discovered inside the dumpster have not yet been determined.

Police removed the dumpster from the crime scene as evidence.