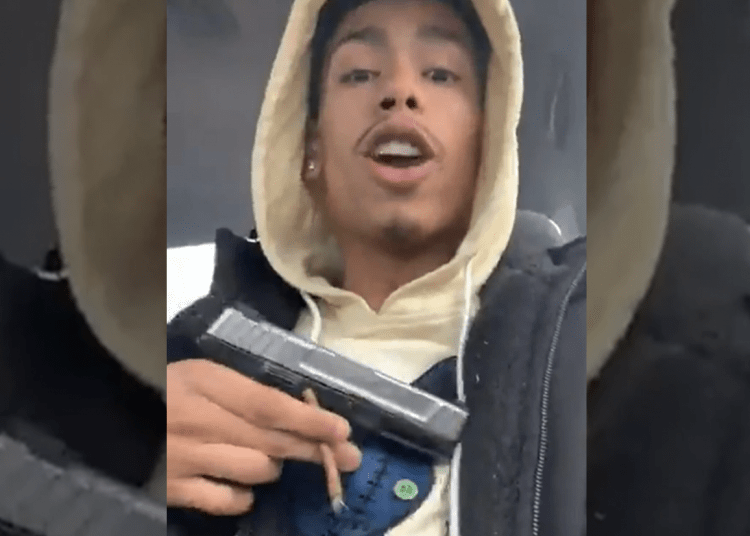 Daunte Wright has been accused of a violent carjacking in a civil lawsuit. (Facebook)

MINNESOTA — The death of Daunte Wright became useful for the anti-police rhetoric after he was inadvertently shot and killed by a Minnesota police officer in April. Wright tried to flee from a police detention and was shot when an officer mistook her firearm for a Taser. He had an open warrant related to an armed robbery against him when he died, Law Officer reported.

Now, a recently filed lawsuit says Wright was allegedly involved in an armed carjacking and violent assault three weeks before he was killed in April.

Wright and an accomplice allegedly jumped Joshua Hodges on March 21, while he was sitting in his car in north Minneapolis, the lawsuit says, according to the New York Post.

The other man is accused of shooting Hodges, 20, in his left leg. After the victim was shot, Wright allegedly struck the victim and stole his wallet and cellphone. The plaintiff was left with “face, mouth, and teeth injuries,” according to the civil claim.

Wright then allegedly drove away in the victim’s Honda Civic, while his accomplice fled in another vehicle, court papers say.

Hodges said he recognized Wright during the carjacking because they went to middle school together. He now suffers from pain and permanent injuries, according to the lawsuit.

“The sad reality is that Daunte Wright was an arch criminal, and anyone who says otherwise is not being honest,” Hodges’ lawyer, Mike Padden, told The Post. “It is probable that the full extent of Wright’s criminal history will never be fully known.”

The lawsuit also appears to address Wright’s reputation, despite the characterization that’s been transposed on him since his death.

“This was classic ‘black on black crime,’” the lawsuit says. “As noted herein, [Wright] had a penchant for not only victimizing people of color, but also, people he knew and who knew him who could therefore identify him to authorities.”

Continuing, the lawsuit says, “After [his] accidental death, a false narrative began establishing [Wright] as a young person that young people looked up to when in fact a warrant was in place for his violations of law on bond for a past crime. [He] had previously chosen a life of crime.”

The carjacking remains under investigation by the Minneapolis Police Department, according to KARE 11.

The lawsuit seeks at least $50,000 from Wright’s estate for “severe emotional distress and mental anguish.”

“Someone needs to answer for this,” Padden told the local station.

Livingston’s mother says Wright shot her teenage son in the head in 2019. The lawsuit—also filed by Padden—alleges Wright “shot and badly injured” the teen in May of 2019, “to the point where he is alive but has no function”

Wright’s family stands to receive a settlement from the city of Brooklyn Center, which is where his death occurred.