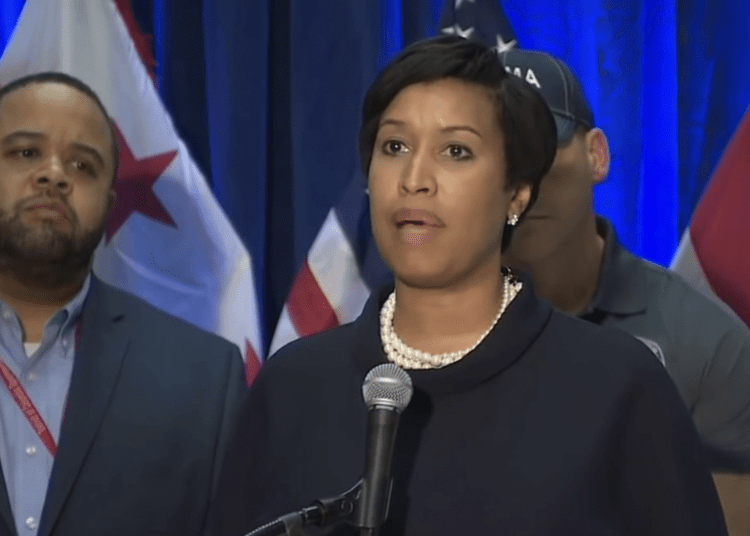 Washington D.C. — In the days after the killing of Pakistani Muslim Immigrant by two black teens, Washington D.C. Mayor Muriel Bowser has remained silent, until today. With auto thefts up 350% in D.C. and many of them taken by force—which is robbery, not auto theft—it may take more than symbolic “hashtags” to address the actual reality of violent criminal behavior.

However, in a social media post on Twitter, Mayor Bowser explained: “Auto theft is a crime of opportunity. Follow these steps to reduce the risk of your vehicle becoming a target.  Remember the. motto, #ProtectYour Auto.

Mohammad Anwar, a father and grandfather who was originally from Pakistan, was killed last week when two teenage girls used a Taser to carjack him. When the car flipped over with Anwar and the suspects inside—Anwar was ejected and died. The suspects fled the scene. But not before one of the suspects had to urgently stop—not to help Anwar—but more importantly, to retrieve her cell phone. Many were quick to critcize Mayor Bowser’s social media message.

Mayor Bowser’s message is tone deaf at best. And many are accusing her of “victim blaming” while ignoring the violent attack itself—which caused the accident and the death of an innocent victim.

UPDATE: (March 28, 2021) In response to overwhelming backlash, Mayor Bowser deleted the post from her Twitter account, and suggested that the previously “scheduled” tweet was not meant to be an insensitive response to Anwar’s death during yet another car-jacking. Whatever the message, Mayor Bowser has not offered or taken any action to solve the growing violence in Washington D.C.