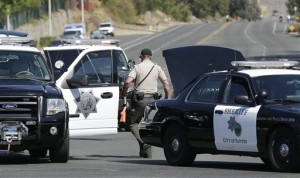 Every cop’s been in the role of cover officer. Maybe it was before retired San Diego (Calif.) Lt. John Morrison formalized the name contact and cover, but the principle has been around as long as there have been cops and bad guys. The Lone Ranger had Tonto. Batman had Robin. And old Doc Holliday probably covered Wyatt Earp’s back more often than Earp’s own brothers did.

There are some jobs that should always be two-person calls: DVs, silent alarm trips, and burglary or robbery-in-progress runs. But I don’t want to focus too much on those calls. Instead, I want to talk more about when and how a zone or sector partner should roll in as a cover officer or second officer.

I’ve probably responded as a cover officer more than I have as a road boss. When I served as a street sergeant and patrol lieutenant, I always told my troops that when “you see me roll in on an in-progress call, I’m there first as your backup and second as your boss.” Although there’s no guarantee that simply having a cover officer present is going to make you bulletproof (because more than half of all officer assaults occur when there’s more than one officer on scene), there’s no doubt in my mind that four eyes see more than two and two guns are better than one. The unspoken force presence that a second officer brings to the scene cannot be overemphasized.

This column examines some of the tried-and-true concepts for how to be a good cover officer. But first, let’s recap why the contact-and-cover concept is important from the cover officer’s perspective.

The cover officer’s job is essentially two-fold: first, to observe the suspect(s) and protect the contact officer from a position of control; and second, to provide that unspoken force presence I mentioned earlier.

The cover officer’s duties include monitoring all incoming radio communications, such as an updated dispatch on an outstanding warrant for the suspect the contact officer is dealing with or a “pick up and hold” that just came over the wire. Monitoring radio communications is always done without taking eyes off the contact officer and the suspects.

The cover officer also constantly observes and watches both the area and the suspects, including any escape routes. They also prevent the destruction of evidence and, by their demeanor and positioning, actively discourage any assaults that these mopes might be contemplating.

Finally, the cover officer maintains a position of readiness by being prepared and equipped to go hands on at a moment’s notice to prevent an assault, ambush, disarming or other extreme threat that may arise during the contact.

As the primary, you have to communicate with the second or third responding units and tell them what’s going on. Back when ol’ Dave had a full head of dark brown hair, before MDTs became standard equipment, we had to communicate via radio. In these cases, voice inflection said a lot—certainly more than a few punched codes on a keyboard that appeared miles away on a computer screen ever could. The increase in pitch in my zone partner’s voice said a whole lot more than “backup requested.”

In today’s age of unspoken technology, we sometimes forget the impact of the spoken word in conveying messages. Even if it’s a busy night and calls are stacking up, you might want to consider switching to the TAC frequency (or go to “car-to-car” mode if your city’s radio system has that capability) and tell your patrol neighbor exactly what you have. After all, there’s only so much the dispatcher can relay by translating “civilianese” to “cop talk” for radio broadcast purposes. Example: “See the man at 1218 Front Street, Apartment 2-C, upstairs in the rear, for a neighbor trouble, man threatening” may not convey the true urgency of the call. But if you’ve been there before and the 6’7″, 278 lb. moron who lives in the unit offered to rip your head off and defecate in your neck last month during a similar call, you have to talk to your zone partner so they know what to expect before they arrive. Surprise parties are nice, but not in street police work.

3. Observe and watch the suspects and the area.

4. Maintain a position of readiness.

The time to discuss tactics with your bud is before you pull into the kill zone. This is called stage before committing. When you’ve been summoned to provide backup, consider meeting your primary a distance away so you can coordinate how the two of you will handle the job. Few calls necessitate a response so immediate that you can’t pause for a minute or two to discuss team tactics. This is especially true during night runs when sounds travel farther and your overheads can be seen for more than a few blocks away. Your partner may have special knowledge about the occupants who reside at the location you’re traveling to or even the layout of the home or apartment. You don’t want any confusion after you’ve made your entry.

Finally, anticipate the need. If you’ve been on the job a while, then you already know when you should make a U-turn and start in the direction of your zone partner. When you hear a T-stop being called out in an area of town where the whole shift usually responds when a DV gets called in, or the neighboring sector car calls out with a traffic violation and reports “no plate visible, six occupants,” maybe that cuppa joe you’ve been looking forward to can wait a few minutes.

That sixth sense we always talk about—the one that lawyers tell us doesn’t amount to probable cause or even reasonable suspicion—is actually nothing more than experience, instinct and intuition kicking in. Maybe the address given is one you recognize. It could be the plate number of the car that rings your chimes. The main point is that a good cop’s sixth sense is something you shouldn’t ignore. Don’t suppress that anticipatory need when it gets your gut juices flowing. Roll on it. If you hear your zone partner call “clear” before you arrive, fine. But having been there myself, I can tell you, just seeing your sector partner pull up behind you or park across the street in the parking lot during a traffic stop with their headlights illuminating the suspect’s vehicle is a nice, comfortable feeling. And you never know what your presence might have prevented.

I hope this short refresher course on cover officer tactics reinforces your duties when responding as a cover officer and motivates you to provide that welcomed backup to your sector or zone partners, even when it isn’t specifically called for. It also might help you to be a better contact officer and reignite your desire to learn additional tactics about how to best use your cover officer. By all means, sergeant, feel free to use this column as part of your next roll call lesson plan on cover officer responsibilities. That’s what it’s for.

OK, sports fans. That’s it. See you next time around.