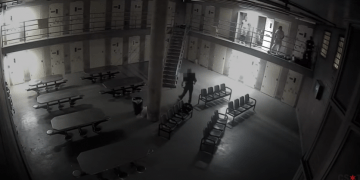 by Law Officer
in corrections, Investigations, News, Officer Down, Video
633 7
0 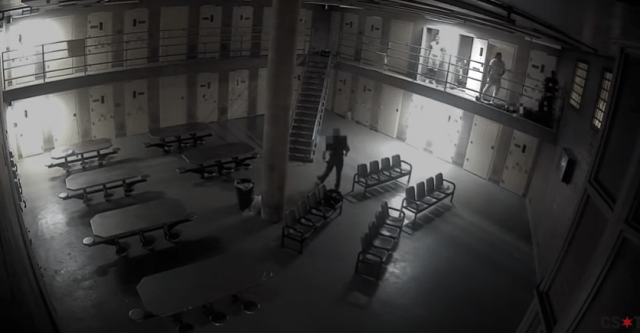 The Cook County Sheriff’s Office said it is seeking charges against two inmates in the early morning attack at the Southwest Side Jail complex, reported Chicago Sun-Times. One of the accused inmates is being held on attempted murder of a police officer.

About 3:40 a.m., an inmate returning from getting a cup of water in the Division IX block grabbed a correctional officer by the neck from behind and dragged him into his open cell, the sheriff’s office said in a statement.

The officer fought his way out of the cell, but the inmate mounted the officer on the catwalk and choked him unconscious, the sheriff’s office said. The suspect reportedly used bars of soap in a sock wrapped around his wrist to attack the officer, Chicago Sun-Times reported.

The inmate grabbed the unconscious officer’s keys and handed them to another inmate locked in a cell, the sheriff’s office said. That inmate unlocked his door and began unlocking another.

The original inmate who started the attack then punched an officer who confronted him, striking the officer in the face and knocking him unconscious, the sheriff’s office said. The suspect attacked a third officer who tried aiding the first unconscious officer, knocking him to the ground.

A sergeant with a Taser arrived and ordered the three inmates back into their cells, the sheriff’s office said. The correctional officer punched in the face remains hospitalized, while the other two were treated and released.

WARNING: VIDEO CONTAINS GRAPHIC VIOLENCE AND MAY NOT BE APPROPRIATE FOR ALL VIEWERS

The Chicago Sun-Times did not identify the inmates saying they had not been charged.

However, Dante Jeffries, 30, was identified as the attacker, Fox 32 reported. Moreover, he is in custody, accused of shooting a Chicago police officer in 2017. The second inmate accused of the crimes is Sharelle Sims, 23. He is in custody facing a weapons violation.

In its statement, the sheriff’s office said the attack “makes clear the dangers” correctional officers in the jail face daily.