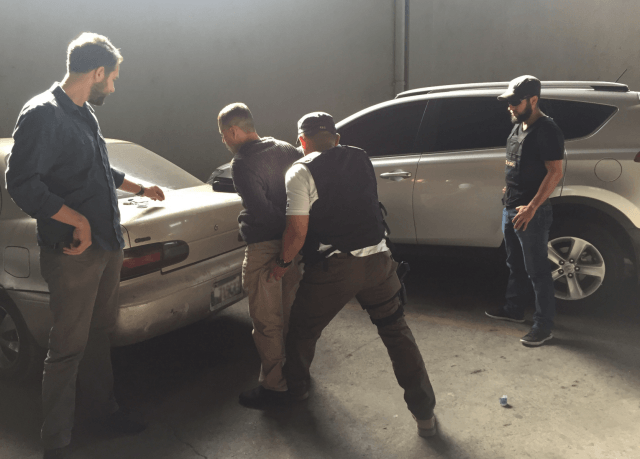 Cops can smell crime. If you doubt my words, just ask an officer when you finish reading. But first, let’s reminisce for a minute about dissecting frogs in junior high science class.

Do you remember the nasty smell of formaldehyde used to preserve the specimen? Unless you ditched class, you recall it. Even though formaldehyde is used for other reasons, it’s a smell that you will always relate to dissecting the amphibian, sans those who entered a profession where you routinely smell it.

But to me, formaldehyde smells like dissecting a frog, something I did … yikes … 45 years ago.

This is not uncommon. People routinely associate odors with specific activity. And there are plenty of smells that frequently accompany the arrest of individuals. Police officers get a whiff of these aromas since we spend our days and nights searching vehicles, and in the residential environment of people running afoul of the law.

There are a number of reasons that bring us into their living spaces. It could be a call for service such as domestic violence, an arrest or search warrant service, a parole or probation search, or other reason. But once a certain stench hits our nostrils, our radar gets activated and we are pretty sure an arrest is imminent.

Some of the scents include, but are not limited to:

Obviously, these aromas do not guarantee a violation of law. But when combined, they frequently serve as a directional arrow that points the investigation toward a criminal act nearby.

Say No to a Nasty Smelling Rental Car

I once rented a car that smelled like this. I returned it and told the agent that it contained the odor of an arrestee. She looked at me like I should be placed in custody. While she was unhappy with my disclosure, I could not mentally escape thousands of searches I had conducted while working narcotics. Furthermore, I was not about to drive a car that smelled that way. Who knows what I could have discovered inside?

As a result of these experiences, some police officers can be neat freaks around the house without knowing why. Notice I said, “some,” not “all.” I am sorry if your officer is a slob, but it doesn’t mean he or she is subject to corruption.

Although I didn’t conduct a scientific study to reach the conclusion that cops are orderly at home, I’ve never been to the house of a personal friend (many of whom are cops) and experienced the same foul stench previously described.

Gordon Graham is retired commander of the California Highway Patrol, attorney, and highly sought-after speaker. He has taught on the subject of police liability for the past few decades.

One of Graham’s popular stories involves the Los Angeles County Sheriff’s Department. As a result, he places the listener in a marked patrol unit with two LASD deputies. As they figuratively patrol their beat, one deputy sniffs at the air and asks his partner, “Can you smell that?”

“Yeah,” his partner replies as he takes a whiff through his nostrils. “There’s a fight over there.”

And with the confirmation, the driver hits the gas, as their patrol car becomes a heat-seeking missile finding trouble.

While Graham’s story is meant to humor the crowd, the reality is that police officers recognize odors that are related to previous arrests. When they accumulate, it is not uncommon to associate them with criminal violations.

Cops frequently refer to the sixth sense that officers rely upon to detect crime and remain safe. While smell is one of five senses of perception, it also contributes to part of the unexplainable, sixth sense. Rest assured that associated odors are part of the process.

What smells do you associate with an arrest or danger?