Stanley Donahue was taken into custody on Monday 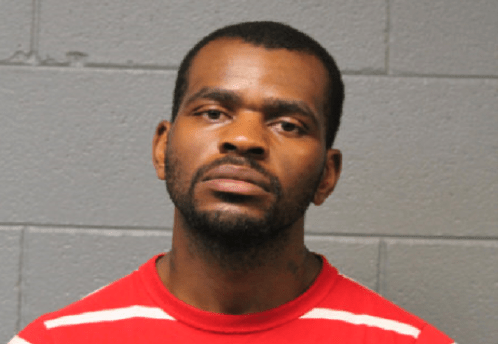 COGGIN, Iowa — Law enforcement authorities in Iowa were searching Monday for an armed suspect who they say fled after shooting a sheriff’s deputy multiple times, leaving him with “serious injuries.” Now the sheriff’s office is crediting a local television news crew with helping catch the suspect.

The deputy responded to an alarm going off at a Casey’s General Store about 10:30 p.m. Sunday in Coggin, according to the Linn County Sheriff’s Office.

“As the deputy entered the store he was met by an armed suspect,” the agency said in a news release. “The suspect fired multiple times and the deputy was struck by multiple rounds from the armed suspect.”

The perpetrator fled the scene in a van and was pursued by a second deputy before crashing the vehicle and fleeing on foot, Law Officer reported.

“Stay indoors and lock your doors,” the sheriff’s office said in a tweet. “Report suspicious activity immediately at 9-1-1.”

A local news crew apparently observed a person matching the suspect’s description on Monday in Coggon. Law enforcement was contacted and arrived about 12:44 p.m. and took the suspect into custody, according to a press statement from LCSO.

Stanley Donahue, 36, of Chicago, was identified as the gunman. He faces charges including robbery and attempted murder following the shooting that occurred Sunday night at Casey’s, Fox News reported.

Updated New Release: Stanley Donahue was taken into custody at 12:44 PM on Aldrich Rd near Hwy 13 in Coggon. pic.twitter.com/9wKVRCSe1l

The wounded deputy was identified as William Halverson. The seven-year veteran of the department is reported to be in serious, but stable condition, the agency said on Twitter.

The Linn County Deputy Sheriff that sustained injuries during the Coggon armed robbery is William Halverson. Deputy Halverson is a seven year veteran with the Sheriff’s Office. He remains at the University of Iowa Hospitals and Clinics in serious, but stable condition. pic.twitter.com/VaNOUMwPAL