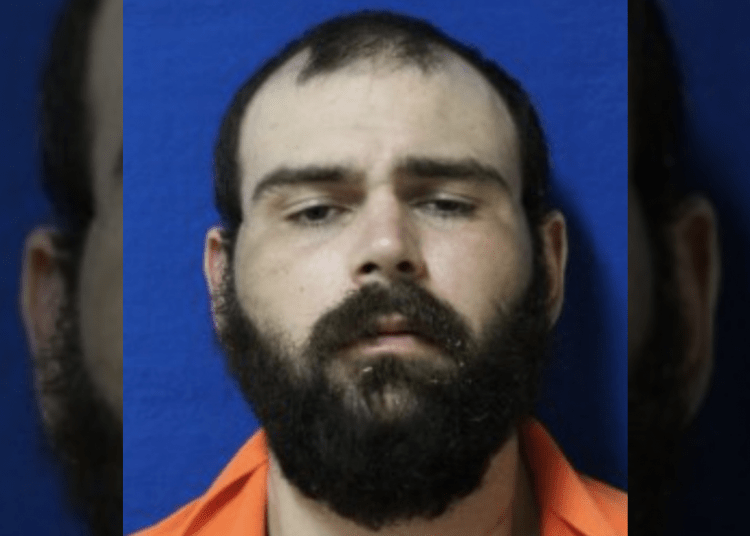 DICKSON COUNTY, Tenn. — Steven Wiggins was convicted Aug. 5 for the murder of Dickson County Sheriff’s Sgt. Daniel Baker, which occurred during a 2018 traffic stop. It took just under two hours of deliberations on Thursday for the jury to sentence him to death, according to reports.

During trial, prosecutors established that Wiggins, 34, shot Baker, 32, multiple times, stole the sheriff’s office vehicle, and burned the victim’s body along with the cruiser, which led to the conviction, Law & Crime reported.

Following Baker’s murder, his mother, Veronica Bryan said her son was a father, husband and served as a Marine, WZTV reported at the time.

“I am unable to communicate verbally at this time,” Bryan said shortly after the cruel homicide. “My son was a kind, compassionate young man. He loved his family, and adored his wife and daughter. He loved the outdoors, fishing, and hunting. He served his country in the Marines and came home to serve his community. He was a faithful servant to all. Please allow our family to process this tragedy.”

According to federal authorities in a case separate from the state trial, Wiggins murdered Baker as the sergeant tried to get away, Law & Crime reported.

#StevenWiggins – LISTEN: In the prosecution's closing argument, they play, again, the body cam/dash cam footage from Sgt. Baker as Wiggins shoots him to death. Baker's family crying in the gallery. @LawCrimeNetwork pic.twitter.com/Fqe8Gdk7y8

“After some additional discussion, Sgt. Baker then told WIGGINS to exit out the front passenger side door,” they wrote. “Sgt. Baker walked around the rear of the vehicle towards the front passenger side door, at which point WIGGINS opened fire with a .45 caliber pistol. Based on the body camera footage, WIGGINS initially fired approximately five shots, at least one of which struck Sgt. Baker as he attempted to get away from WIGGINS and get to cover.”

The penalty phase was a literal battle between life and death for Wiggins. Defense lawyer David Hopkins did not excuse the crimes committed by the convicted cop-killer. However, he argued it was the circumstances in life that made him a murderer, and believed life in prison was the appropriate sentence.

The defense also maintained Wiggins stayed out of trouble while incarcerated. However, a jail administrator testified that Wiggins broke the rules by getting a tattoo while behind bars.

#StevenWiggins – Jail administrator testified in state rebuttal that Wiggins got a tattoo since he's been incarcerated which is against the rules. @LawCrimeNetwork

“Kick her in the stomach,” was Wiggins’ cold-hearted response.

In his closing argument, District Attorney Ray Crouch said that testimony from the various doctors who reported Wiggins had brain abnormalities couldn’t be entirely trusted because Wiggins lied. Crouch repeatedly emphasized Wiggins’ lies to law enforcement during interrogation and fabrications when talking to the doctors. He replayed the interrogation video while highlighting the series of falsehoods, reported The Tennessean.

“When is this guy telling the truth, and when is telling a lie?” Crouch said.

Crouch also played video of Wiggins falsely claiming he tried chest compressions on Baker and checked for a pulse.

“You know that’s a lie. He got out and shot Sgt. Baker from two and a half to three feet away,” Crouch said.

Crouch said Wiggins told a doctor that his brother died that day, causing him stress — however, Wiggins’ brother is not dead and testified in court Wednesday.

“There are conflicts all through (the reports),” said Crouch, while adding that all the doctors are from out of state. “These reports are full of inaccuracies.”

Furthermore, the prosecution was allowed to show jurors pictures of Wiggins’s tattoos, arguing their content undermined the defense’s case for mercy.

“Crush your enemies,” showed one tattoo across Wiggins’s back. “Show no mercy.”

#StevenWiggins – A deputy that transports Wiggins to & from court and watches him change into street clothes is testifying about these tattoos:
On Wiggins side: Aint Got No Time For That – Death Row – Hell bound.
On his back: Crush you Enemies. Show no Mercy. @LawCrimeNetwork pic.twitter.com/A9DeaWKSlt

In the end, the man who showed Baker no mercy received no mercy from the jury.

“It is therefore ordered that you shall be put to death by lethal injection,” Judge Wolfe concluded.