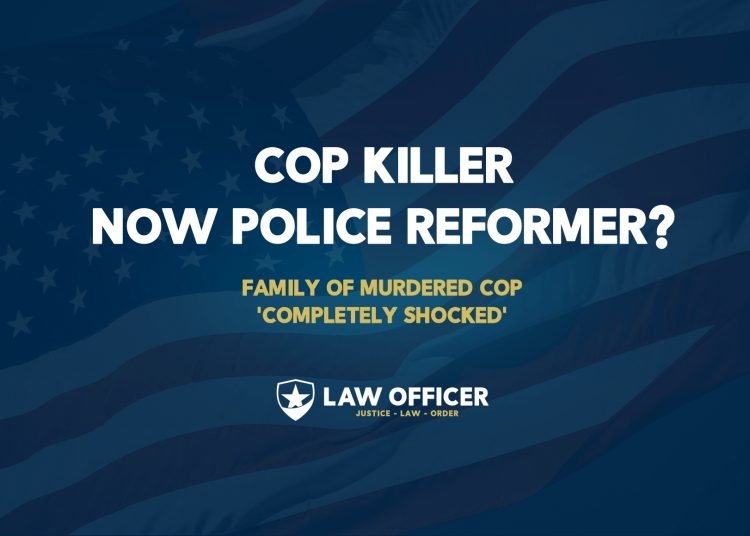 NEW YORK — He fatally shot an NYPD police officer execution-style decades ago in a Queens bar — and now cop-killer Richard Rivera is participating in a “police reform” plan in upstate New York as part of a state-mandate launched by Gov. Andrew Cuomo.

Rivera, who murdered off-duty officer and father-of-four Robert Walsh in 1981, sits on a panel for Ithaca and Tompkins County as part of its “Reimagining Public Safety Collaborative.’’

“I know people are going to be critical,’’ killer-turned-homeless advocate Rivera, 56, told The Post on Monday when asked about the possible reaction to him sitting on the committee.

“I don’t know if [Walsh’s] family would find this acceptable,’’ he said. “I can’t control that. What I can control is the way I’ve been living my life.

“I’m holding the memory of Officer Walsh to the highest standard of policing in terms of a protector to the community, somebody who cares for the community.”

Robert Walsh, the NYPD officer who was killed in 1981 by Richard Rivera.

However, one of the murdered officer’s sons made it clear. The family is disgusted by the move.

“We’re completely shocked that the man who murdered my father is being trusted to create police reforms,” Robert Walsh Jr., 47, told The Post through a rep.

“My father dedicated his life to serving and protecting New Yorkers. He should be the one serving on a panel to help reimagine policing, but he’ll never get that chance.”

Rivera was 16 years old when he and four other gun-toting teens donned masks and strolled into the BVD Bar and Grill in Maspeth just after midnight Jan. 12, 1981, looking to rob the establishment.

Officer Walsh, a 36-year-old highly decorated officer with 12 years on the job, was inside wearing a cowboy hat hanging out after his shift.

What unfolded next was nothing short of a coldblooded “execution,’’ a police official said in a front-page Post article at the time.

As the hero off-duty officer identified himself as a cop and reached for his gun to try to stop the robbery, Rivera shot him in the shoulder. Rivera then walked over to the officer as he lay helplessly wounded on the floor, pressed his gun to the officer’s head and blasted him again, according to authorities.

“I guess it was just something he felt like doing,’’ the police official said of Rivera.

The teenage killer spent 39 years behind bars for the cold-blooded murder, before being released in 2019.

Rivera told The Post that he has since been working with a nonprofit helping to provide the homeless with shelter and food.

He said his work with the upstate prison-reform committee mainly consists of surveying homeless people about how they may be criminalized just because they are on the streets or over their mental issues.

“I feel that I’m living my life in a way that I feel is for the betterment of the people around me,’’ said Rivera — who spoke to Ithaca Week last month about his post-prison outreach work.

“I live my life in a way that honors and respects [Officer Walsh’s] memory,” the ex-con told The Post. “That is advocating for people who can’t advocate for themselves.”

But Pat Lynch, president of the Police Benevolent Association, said it doesn’t matter what kind of feel-good work Rivera does now — he is the last person who should be doling out advice on police reform.

“It’s outrageous and despicable,’’ the union chief said to The Post.

“Not only did this cop killer get paroled, but now he gets a seat at the table to help dismantle a police department. Did anybody expect him to be fair and open-minded in his review?

“The entire process has trampled on the ideals that police officers like Robert Walsh upheld. It’s the ultimate disrespect to his service and sacrifice.”

Cuomo last summer ordered every municipality in the state with a police department to devise a plan reflecting “systemic reform” in the wake of Floyd’s death.

Cuomo said when announcing the police reform measure that any local government failing to provide a plan would lose “a significant amount” of state money.

NYPD: Suspect wanted after spitting on Asian woman, saying she ‘brought the virus’