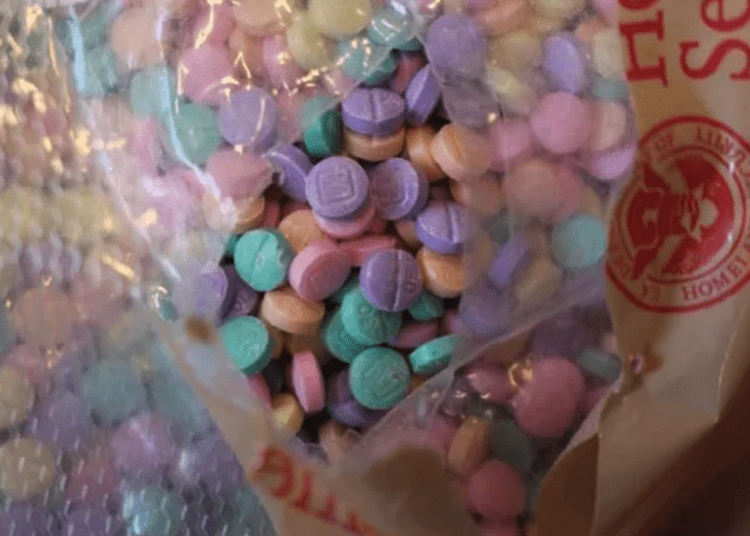 (US Customs and Border Protection)

NOGALES, Ariz. – Rainbow-colored fentanyl pills that look like candy are pouring over the southern border and quickly becoming a major problem in cities nationwide, according to reports.

Authorities found more than 15,000 rainbow-colored fentanyl pills with the appearance of a small piece of candy on Wednesday. The deadly narcotics were strapped around a person’s leg at the Nogales Port of Entry for the U.S.-Mexico border in Arizona, the Daily Wire reported.

8/17 CBP officers #Nogales POE seized over 15,000 fentanyl pills strapped to a person’s legs. Second consecutive day colored fentanyl pills with the appearance of candy seized .This could be the start of a trend with Transnational Criminal Organizations targeting younger users. pic.twitter.com/y5KT5Zveop

Humphries said that border patrol agents at the same port of entry in Arizona discovered more than 250,000 colorful candy-like fentanyl tablets the day before inside a vehicle, along with 11 pounds of heroin, and 10 pounds of methamphetamine.

Experts believe the multi-colored tablets may be the start of a trend with drug cartels targeting children.