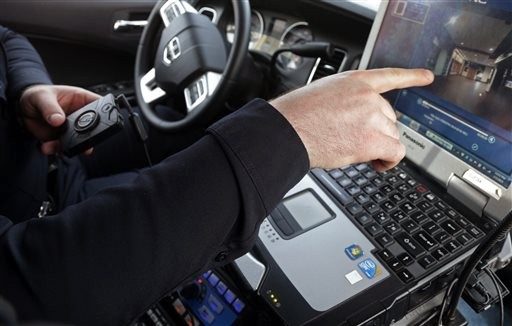 ST. PAUL, Minn. (AP) — The rush to outfit police officers with body cameras after last summer's unrest in Ferguson, Missouri, threatens to saddle local governments with steep costs for managing the volumes of footage they must keep for months or even years, according to contracts, invoices and company data reviewed by The Associated Press.

The storage expenses — running into the millions of dollars in some cities — often go overlooked in the debates over using cameras as a way to hold officers accountable and to improve community relations.

Yet those costs can have a significant effect on city and county budgets, and in some cases may force police chiefs to choose between paying officers on the street or paying yearly video storage fees.

In December, she vetoed a proposal that would have required officers to wear cameras because she didn't believe the costs and other details were adequately considered. City officials estimated costs up to $2.6 million a year for storage and the extra staff needed to manage the video data.

"Knowing how we didn't have a lot of wiggle room with the budget constraints we face, we couldn't afford to get it wrong," said Rawlings-Blake, who intends to present another plan this spring. "Any time you do something on this scale, if you don't take the time up front, you are setting yourself up for failure and disappointment from the community."

In some cities, the AP found that the small cameras worn by beat cops on their uniforms or glasses were obtained at deep discounts when departments inked data-management deals that are far more lucrative over the long run for device manufacturers. Those plans run between $20 and $100 per officer per month, depending on the volume generated.

Demand for the devices is booming after the controversy in Ferguson and would accelerate further if Congress adopts President Barack Obama's request for $75 million to help communities buy 50,000 more body cameras.

Already, cities are wrestling with whether they can afford to equip all their officers and how often the cameras should be turned off to reduce the video recorded.

With an average officer uploading several videos per shift, it doesn't take long for data — and the associated expense_to add up.

"It's enormous," said Police Chief Gordon Ramsay of Duluth, Minnesota, where the city's 110 officer-worn cameras are generating 8,000 to 10,000 videos per month that are kept for at least 30 days and in many cases longer. "The more you capture, the more you have to store, which means higher costs."

Duluth initially received 84 cameras and charging bays for less than $5,000 from camera maker Taser International, but its three-year contract and licensing agreement for data storage cost about $78,000.

Other cities are just beginning to struggle with how to pay for body cameras:

— In Wichita, Kansas, the police department has proposed selling a helicopter used to search for suspects in order to fund its body-camera program for hundreds of officers. The cost is estimated at $6.4 million over a decade and includes two employees to manage the program.

— In Berkeley, California, the city manager warned in a memo in January of likely costs of at least $45,000 a year for storing data from 150 cameras and assigning one or two employees. In addition, officers might spend 30 minutes per shift handling the video — the equivalent annual time of five full-time officers, the memo said. The City Council is scheduled to debate the issue next week.

"In our community, that alone would be about $1 million," City Council member Laurie Capitelli told AP, referring to the officers' time. "I want to look at the costs and consider the trade-offs."

— San Diego's five-year contract with Taser for 1,000 cameras would cost $267,000 for the devices — but another $3.6 million for storage contracts, software licenses, maintenance, warranties and related equipment. City officials can scale back the deal if funding dries up.

Digital Ally, which is among several companies trying to get a foothold in the industry, donated cameras and a server to store the data to the police department in Ferguson, where officers began wearing them shortly after the August shooting of 18-year-old Michael Brown by white officer Darren Wilson. Industry giants Taser and VieVu also saw interest in their cameras spike.

Taser's trials in major U.S. cities tripled after the shooting, and its stock price has more than doubled since. The company's Evidence.com unit, which offers the data-management platform, is expanding.

"This is obviously great for business, but I think ultimately this is a great technology to increase transparency between communities," said Taser chief marketing officer Luke Larson.

Supporters of the body cameras say they help prosecutors close cases faster, reduce use-of-force incidents and make allegations of misconduct against officers easier to probe. Both sides in a videotaped encounter behave better, they say, leading to fewer complaints and legal settlements.

The body-camera funding in the federal budget Obama proposed Monday would be part of a three-year plan and does not distinguish between hardware and storage costs. The proposal will go before a Republican-controlled Congress that is trying to reduce federal spending, and will not be decided for months.

Police officials say they expect the cost of body cameras to exceed the in-car video systems that were widely implemented during the early 2000s. Some departments say it's been hard to find money to maintain those systems as they age. Body-worn cameras are expected to produce even more videos and more requests from lawyers, journalists and the general public for access to what they show.

Mindful of costs, police forces with cameras are limiting when officers use them, what they store and for how long. But many can't avoid adding servers and reassigning or hiring extra staff.

Some officials are warning the ongoing costs could mean tax hikes or service cuts later.

"Everybody is screaming, 'We need body cameras.' But nobody is saying, where is the money coming from? What are you going to do with all the data? Who is going to manage it?" said Sgt. Jason Halifax of the Des Moines Police Department, which is struggling to identify a funding source for $300,000 to start a program. "Are we going to cut personnel? Are we going to increase taxes?"