This was initiated by a third party complaint 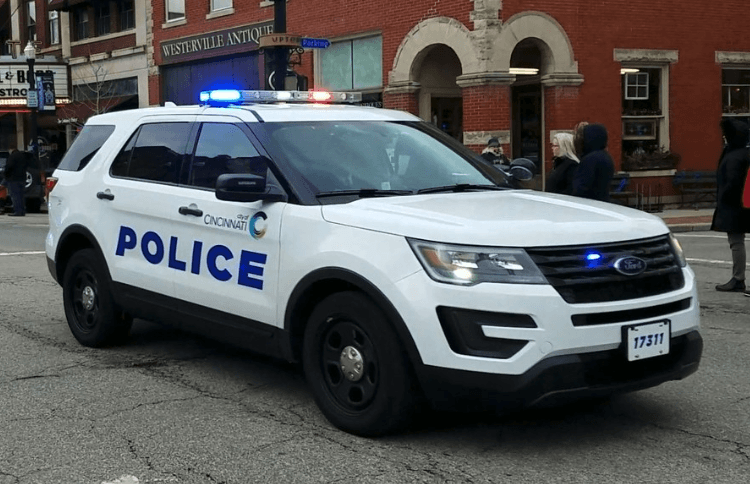 CINCINNATI – When Cincinnati police Officer Doug Utecht responded to a call for help at a Westwood YMCA last summer, he was attacked by suspect Durrell Nichols.

“He was called to the scene there because this suspect was harassing young ladies on the basketball court,” Cincinnati Fraternal Order of Police Pesident Dan Hils said. “And the staff there wanted him (Nichols) removed. And the officer was using all the patience in the world just to have this subject just leave. And then out of nowhere, he just attacks the officer and starts absolutely brutalizing him. He was a very large man. And the officer almost lost consciousness. It was a life-and-death situation.”

If that were not bad enough, on Wednesday, Hils said Utecht is about to be victimized again, WLWT reported.

Hils said someone filed a third-party complaint against Utecht, claiming he was abusive toward Nichols.

Hils defended the officer and blasted the assertion on Facebook. Moreover, he says it means Utecht has to speak with civilian investigators with Cincinnati’s Citizens Complaint Authority before Nichols’ case proceeds in a court of law.

“He’s being interrogated by this civilian complaint authority. It makes no sense whatsoever,” Hils said. “Now he’s being questioned before the bad guy even faces his day in court. … This particular case is a personal insult to us as police officers.”

Utecht reportedly sustained a severe cut on his forehead, bruises on the side of the head and a swollen-shut eye, Fox 19 reported.

“This work is not Facebook-driven,” Iris Roley said.

Roley is a longtime advocate of the city’s police complaint process, which was born out of a period of violent racial unrest 20 years ago. She knows Hils would prefer that officers be interviewed by the civilian investigators after a criminal case is settled, but she said city rules give the panel 90 days to investigate complaints against officers, a practice Roley argues benefits everyone.

Additional officers named in the third-party complaint include Andrew Snape and Joshua Wallet.

“Oversight is perfectly fine,” Hils continued. “In this particular case, I’m just asking that it wait until these cases are adjudicated.”

The issue of when officers speak to civilian investigators has been making waves for the past two years. A decision in December 2019 by Ohio’s 1st District Court of Appeals means trained members of the Citizens Complaint Authority are allowed to conduct interviews with police quickly, regardless of the status of a defendant’s criminal case.

Nichols was arrested and charged with multiple felonies. He was initially found incompetent to stand trial last fall. However, he was found competent two weeks ago, and he’s due back in court next week.