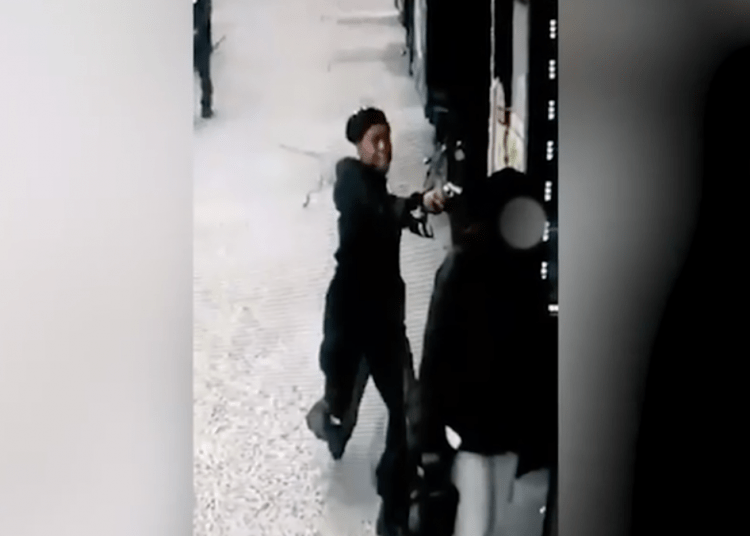 A woman allegedly executed her ex-girlfriend in broad daylight in Brooklyn on Wednesday in a sudden, brazen attack that was captured on surveillance video.

The victim, identified as Nichelle Thomas, 51, was shot just before 1 p.m. at Fourth Avenue and St. Marks Place in Park Slope.

As Thomas goes to open the door, 38-year-old Latisha Bell allegedly sprints up and pulls a gun. Bell then allegedly shoots Thomas point-blank in the back of the head and flees, New York Post reported.

Thomas died at a nearby hospital.

The two women used to be in a relationship, police sources said. It wasn’t immediately clear when they broke up.

NEW YORK — Chilling video shows the moment a woman was fatally shot in the head in broad-daylight Wednesday on a Brooklyn street.

Surveillance footage obtained by The New York Post captured Nichelle Thomas, 52, walking on 4th Avenue in Park Slope at around 1 p.m., apparently heading to a store on the corner of St. Marks place.

She’s about to open the door, when a woman sprints up behind her and pulls out a firearm.

The attacker then shoots the victim point-blank in the back of the head and flees.

The 9-second clip ends with the victim crumbling to the ground.

She was rushed to a Presbyterian hospital, where she died, police said.

A suspect turned herself in to police at the 78th precinct with her lawyer later Wednesday, according to police sources. Additional information was not provided.

Andrea Iglesias, 52, told The Post as he looked on the latest act of bloodshed, “it’s unreal what’s happening in this city.”

“This is a good area. People don’t get shot here, especially in broad daylight on a busy intersection. There’s so little enforcement anymore, people feel emboldened.”