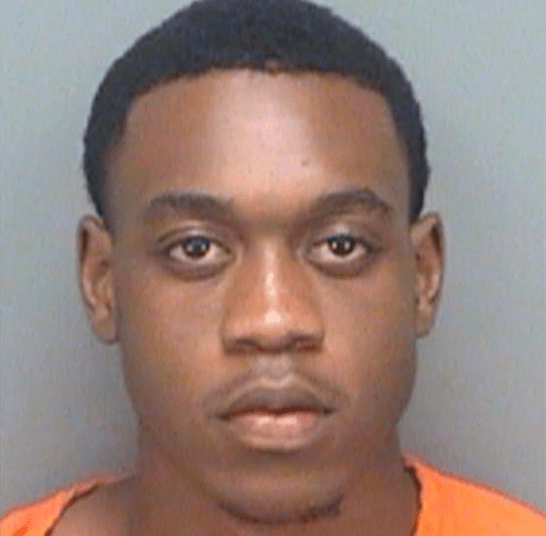 A  St. Petersburg (FL) officer is recovering after being shot.

According to News 9, the officer injured in the shooting is recovering in the hospital and is expected to make a full recovery.

Sheriff Bob Gualtieri said that detectives were searching for Dominique Harris who had a warrant out for his arrest in an alleged case of child abuse. According to the sheriff, the detectives found the suspect, in the Food Max parking lot and called for backup.

When officers approached Harris’ car and asked for his identification, he rolled up the window and refused to comply. Harris put his car in reverse, striking a police cruiser before putting the car in drive and trying to get away.

The sheriff said Harris slammed on the gas and crashed into a civilian’s car.

Harris reached out of his car with a semi-automatic handgun and pulled the trigger, shooting a detective in the groin area. Another officer managed to get him to safety, and he was rushed to the hospital for surgery.

Six officers returned fire, shooting 50 rounds while the suspect continued pointing his weapon at the officers and firing at them.

Harris was shot and paramedics took him to the hospital where he died.

One of our @StPeteFL officers was shot late this afternoon. I spent a moment with the officer at the hospital and will continue to pray for his full recovery. The County's Use of Deadly Force Investigative Task Force is conducting the investigation.

Harris’ mother sent a statement to Spectrum Bay News 9. It reads in part:

“My heart is heavy. My world has been shattered. During this time, I am asking for privacy as myself, my children and the rest of our family cope with this unimaginable loss. I do not want sympathy from anyone, but I do want the truth. I think I, and my son, deserve that at the very least.”