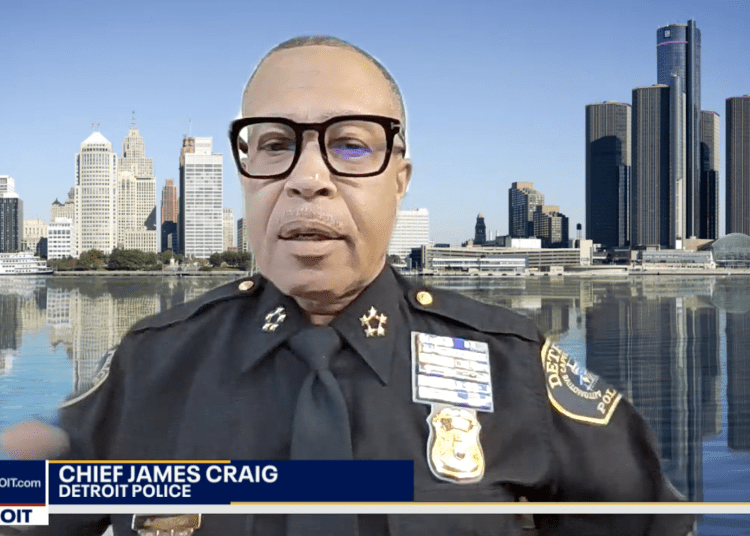 DETROIT — Detroit Police Chief James Craig went after Rep. Rashida Tlaib, D-Mich., after her latest call for “no more policing” in the wake of 20-year-old Daunte Wright’s death after he tried to flee from a detention stop in Minnesota.

Tlaib has faced a mounting backlash after calling for an end to “policing, incarceration, and militarization” – the latest in a long string of controversial comments from the sophomore congresswoman.

Some of Tlaib’s fellow Democrats, including Sen. Tim Kaine, D-Va., distanced themselves from her “no more policing” tweet last week, Fox reported.

“It wasn’t an accident. Policing in our country is inherently [and] intentionally racist. Daunte Wright was met with aggression [and] violence. I am done with those who condone government funded murder. No more policing, incarceration, and militarization. It can’t be reformed,” Tlaib wrote on Twitter on April 12.

It wasn't an accident. Policing in our country is inherently & intentionally racist.

Daunte Wright was met with aggression & violence. I am done with those who condone government funded murder.

No more policing, incarceration, and militarization. It can't be reformed.

“I will not let someone like a Tlaib or a Maxine Waters paint our profession with a broad brush. Are you aware of what the other U.S. rep said as recent as yesterday? You know what she said in response to Brooklyn Center? … Get more confrontational,” Craig said.

“I was the first chief in the nation that came out and denounced the murderous cop who killed George Floyd,” he said. “We suport free speech, we support social justice, but are we encouraging, we make reckless statements like that, to create criminal behavior?”

Craig said that if he made comments like Tlaib’s, he’d have to resign.

“Is she truly representing the people, or is she representing a fringe group?” he said. “She does not speak for Black and Brown people in our city.”

“At a time where report after report cites the city of Detroit’s harmful treatment of Black Lives Matter protesters – and the enormous waste of taxpayer money to lose embarrassingly in court after trying to intimidate them, the city’s use of discriminatory facial recognition technology, and the fact that people still do not feel safe despite spending $300 million per year on police – it’s disappointing and unproductive for Chief Craig to run to the cameras to call for Congresswoman Tlaib’s resignation,” McCampbell said. “One would think Chief Craig has more important things to do.”

In July 2020, he pushed back against her claims that Detroit police officers abused peaceful protesters.

In an interview on “Fox News @ Night” with host Shannon Bream, Craig explained that there was “something very different” going on when police squad cars were seen on video running over protesters that had surrounded them.

“To suggest that this protest was peaceful all night certainly is totally inaccurate,” he said.

According to Craig, while the “vast majority” of protesters were peaceful, there were 20 to 30 “agitators” in the group, and “that’s when things went bad.”

“I know that the congresswoman is making claims that they were peacefully marching when we intersected and intentionally hit peaceful protesters. [That is] not the case,” he said.

“They [surrounded] the vehicle, they began to pelt the vehicle –­ not just one of our police cruisers but two of them –­ and in one instance the rear window of one of our SUVs was broken out. And, the information I got from the officer in that vehicle was that he thought he was being shot at,” Craig said.