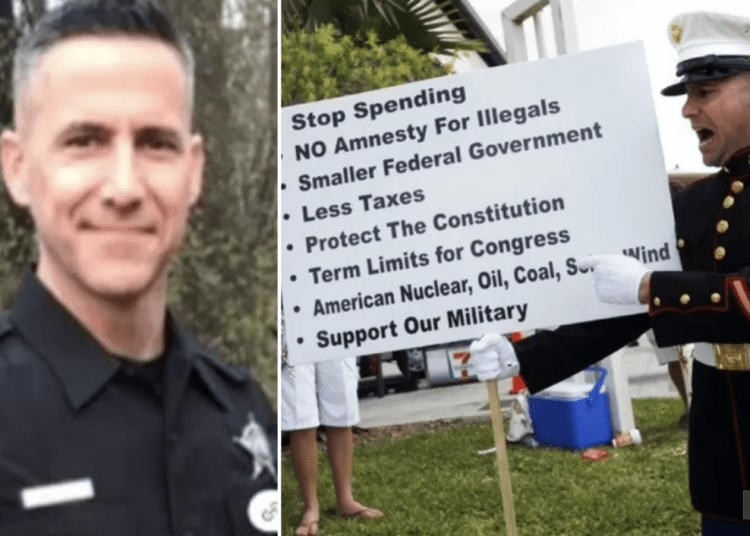 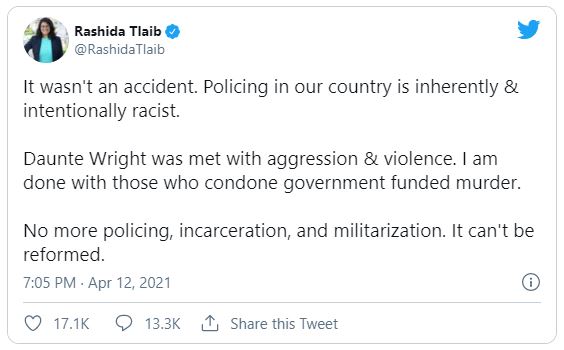 Here, we name names—and call out the elected officials below who are trying to cancel Willoughby for merely asking them where they stand on policing.

In the email that Willoughby sent, which you can read in full below, he did not give his own opinion; he merely asked every member of the Milwaukee County Board and state Legislature, and Milwaukee Mayor Tom Barrett, whether they supported Tlaib’s comments that policing is “inherently and intentionally racist” and that policing “can’t be reformed.” She also called for no more incarceration. Some Democratic elected officials were so upset at being asked whether they agreed with those positions on the issues that they told Lucas that Willoughby’s email was everything from “hostile” to “intimidating,” he says

Willoughby told Wisconsin Right Now in an exclusive interview that he just wanted to know where the elected officials stood and planned to show their responses to other law enforcement officers and the Sheriff’s Department Deputies’ union. Although at least one Republican legislator – Mike Kuglitsch of New Berlin – immediately responded that he opposed Tlaib’s comments, a slew of Democrats took offense that Willoughby sent the email at all and tried to get him in trouble with his boss, the elected sheriff who was widely supported by Democrats when he ran for office. It appears that one reason the department suspended Willoughby was because he used his title and the department name in the email.

Here’s what Willoughby wrote the officials:

‘It wasn’t an accident. Policing in our country is inherently & intentionally racist. Daunte Wright was met with aggression & violence. I am done with those who condone government-funded murder. No more policing, incarceration, and militarization. It can’t be reformed.’

I want to know where you stand on Tlaib’s tweet. Please choose from the following:

Please do not respond with a long, politically correct answer, just a number and which political party you most align with.

This deputy’s wife, Holly Willoughby, created a GoFundMe page to support him on May 20, 2021. It’s called “Sheriff Deputy Suspended for asking a Question.”

“My husband, Deputy Sheriff Willoughby, sent an email to a handful of local politicians asking where they stood on US Congresswoman Rashida Tlaib’s controversial tweet about law enforcement,” she wrote. “Sheriff Lucas, without an explanation, suspended him. My husband is a Marine veteran, a father of five daughters, a devout Christian, and a strong believer in equality for all. These elected officials have overstepped their positions and are bullying my husband just for asking a question. These oppressors are trying to stifle free speech and intimidate anyone who may think differently. This suspension will negatively impact our family. Please consider helping us.

His wife wrote that “a handful of elected officials complained directly to the Milwaukee County Sheriffs Office and describe the Deputy’s email as: “‘Intimidating,’ ‘inappropriate,’ ‘weird,’ ‘un-friendly’ and ‘hostile.’ One office holder described Deputy Willoughby as using ‘strong-arm intimidation.’ Another stated that Willoughby’s email reflected poorly on the Milwaukee County Sheriff’s Office.”

David Willoughby said he believes “most people love law enforcement; it’s a good relationship. They want us in their communities. We’re not a racist organization, and we don’t need to be defunded right now. We love the people we serve. We need leadership to step up and demonstrate they’re with us.” He said he felt compelled to write the email in part because he didn’t believe leadership was doing enough to hold elected officials accountable who oppose law enforcement.

Read his rebuttal to Sheriff Lucas in full here: Rebuttal to Accusations. In it, Willoughby wrote, “In response to this honest question, many of these officials became so heated that they complained directly to the Sheriff’s Office. Rather than responding to the writer, or even questioning the intent, they went for the jugular. It is common knowledge that those who hold elected seats will be asked questions by the people and communities they serve.”

David Willoughby gave us this list of the politicians and their aides who he says complained to the Sheriff. These are the deputy’s words from notes he took after being shown their comments by Sheriff’s officials during the internal affairs investigation:

Representative Lakeshia Myers (D)- “The office of Representative Myers perceived the tone of Deputy Willoughby’s email as a bit combative.”

Research Assistant to Rep. David Bowen (D)- “I think the content was a little weird.” And “It seemed like a very hostile email.” Bowen’s office also stated, “It reflects poorly on this individual.”

(Hmmm isn’t a State Representative buying toilet paper right before a police officer’s home was vandalized a “little weird?” Or isn’t being present during a violent attack on two police officers “very hostile?” And isn’t allegedly lying in a press release about what happened and then refusing to give a statement to police, then asking taxpayers for a million dollars because you suffered from “emotional distress,” something that “reflects poorly on this individual?”) 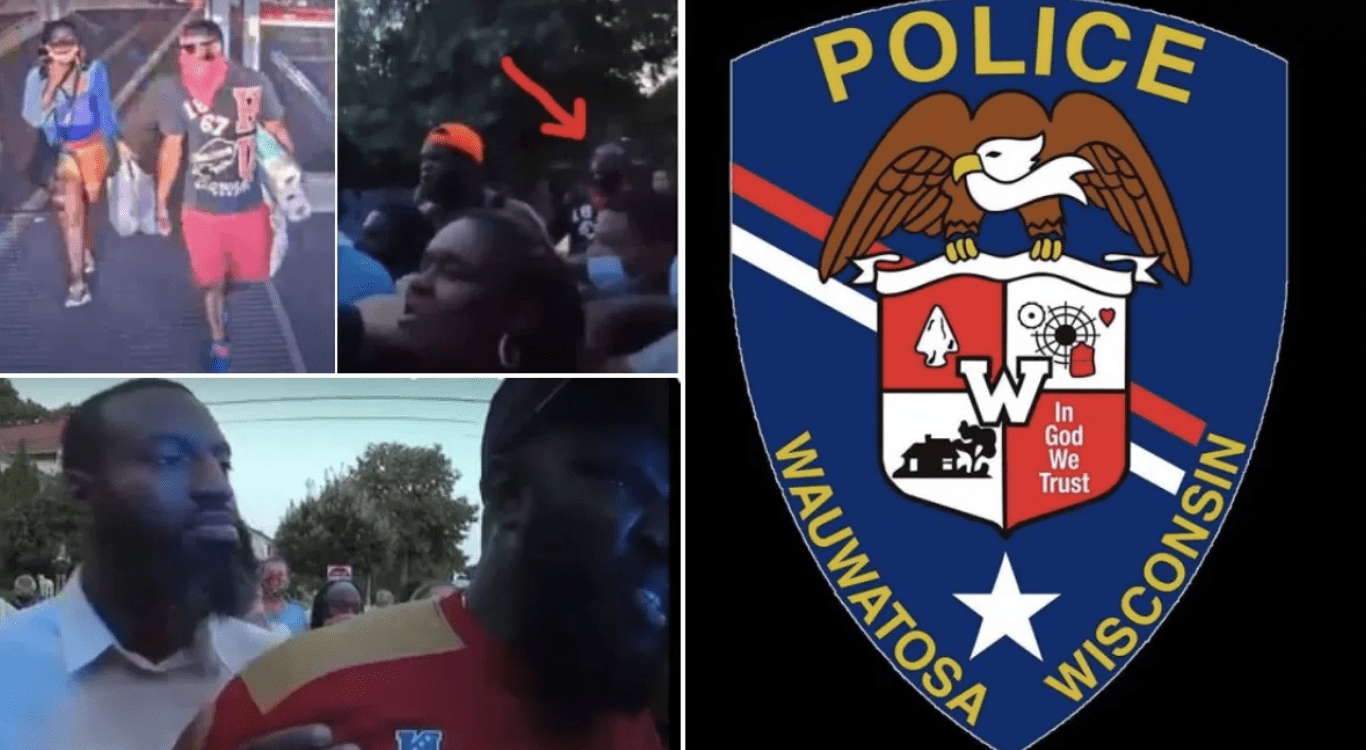 Milwaukee County Supervisor Felesia Martin (D)- Describes Deputy Willoughby’s email as “concerning,” “inappropriate,” “intimidating” and “passive-aggressive” because of the subject matter and believed “It just didn’t sit well with me because of the subject matter and because of the climate with law enforcement and communities of color.” She went on to state, “It was almost as if he was taking a tally of ‘good’ supervisors or non-supportive supervisors.” Supervisor Martin continued by stating that Deputy Willoughby’s email reflected poorly on the Milwaukee County Sheriff’s Office. She believed that the email contributed to a divisiveness between law enforcement and public officials. “Because the tone of the email and the follow-up email “was not friendly.”

Milwaukee County Supervisor Jason Haas (D)- “I felt that this was a law enforcement officer who was reaching across one of the roles of our government…this is a law enforcement officer who was pressuring on us, the legislative branch, for information about a controversial policy matter and I did not feel comfortable answering that question. I felt it was inappropriate for him, as an individual presenting himself as an officer of the law and alluding to his service in the Sheriffs Office, to be asking us a rather pointed question. I believe he was asking for my individual stance on a controversial political matter.”

Haas continued, “I felt it was inappropriate for him…he was not using county email to do this, but he identified himself as a county sheriffs deputy, who was not serving in his capacity as a deputy to investigate an actual issue of law enforcement. I felt this was actually a pressuring tactic. He might have included that to pressure me into answering, or divulging information if I had it. And this was not done in a way that I would describe as legitimate law enforcement context.”

Haas also stated, “This, I felt, was very inappropriate. He was presenting himself as a Sheriff’s Deputy but seeking political answers on political question. I’m uncomfortable with this too: as I stated, he presented himself as a Sheriffs Deputy and why he is so keenly interested in my position on this political issue…I need to underline, that makes me uncomfortable because he’s an armed law enforcement officer who’s entitled to the public’s trust. Coming to me with this pressure tactic, like some kind of strong-arm intimidation…it seems very intimidating to me and that’s what bothered me.”

Research Assistant to Representative Jonathan Brostoff (D)- “I thought he was trying to use his title in an attempt to increase his chance of receiving a response from representative Brostoff.”

Sheriff’s Department Chief of Staff Theodore F. Chisholm (the Milwaukee County DA’s son)- “The fact that the communication in question was signed with an official rank and agency name is troubling and has been referred for appropriate internal review.”

We did receive a response from Fred Gladney, the president of the Milwaukee Deputy Sheriff’s Association.

“We’re concerned about it,” Gladney told WRN of the suspension meted out to Willoughby. He said the union is appealing the discipline to the Wisconsin Employee Relations Commission. Gladney added that the department was accusing Willoughby of violating a rule on prohibited speech, expression and conduct at least in part because he signed the email to the politicians “Deputy Willoughby, Milwaukee County Sheriff’s Office,” although Willoughby says he used his personal email, home computer and private time to send it.

Asked if he believed that Lucas, a former Milwaukee police officer, has taken a strong enough stand in defense of law enforcement, Gladney described the sheriff as having a “diplomatic” personality and said, “I can’t say he’s making a stand” on anything. He said some deputies “think he should say more, be more vocal” especially about the protests. “The way a lot of the members feel is that the community is against them, which is a sad thing,” said Gladney.

This article was originally published by Wisconsin Right Now.