Her name is ELLA FRENCH, not Fitzgerald or Frank! 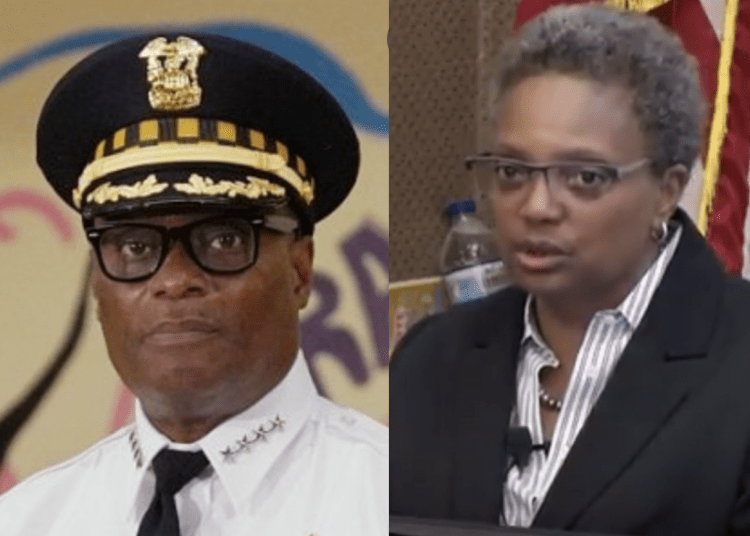 French, 29, was murdered Saturday night during a traffic stop. Three suspects have been arrested in the homicide, two brothers who participated in the shooting and a third suspect responsible for supplying the firearm, Law Officer reported.

Brown was the first to flub French’s name during a press conference following her death.

“The offender who is charged with first degree murder of Ella Fitzgerald,” Brown said at one point during the press conference.

All right, it’s a Freudian slip. We get it and can forgive the faux pas. But you’d think one of his underlings would whisper in his ear, “Hey boss, Ella Fitzgerald was the famous singer. Ella French was our police officer.”

“The gun used in this shooting and this murder of Ella Fitzgerald was illegally possessed,” he said at another point, Fox News reported.

Then on Thursday, Lightfoot put her foot in her mouth as she botched French’s name.

The Chicago Fraternal Order of Police took issue with the series of flubs when they tweeted on Friday, “This is one of those times when words really matter.”

Her name was Ella French.

Lightfoot’s mistake comes on the heels of receiving an icy reception from police officers in the city last weekend, when she visited the hospital where French’s partner is being treated for critical injuries stemming from the shooting, Law Officer reported. During the visit, about 30 officers were seen turning their back on the mayor as she approached them.

The father of the critically wounded male officer, who is retired CPD, also “excoriated” the Democratic mayor and blamed her for city crime leading to his son’s injuries.