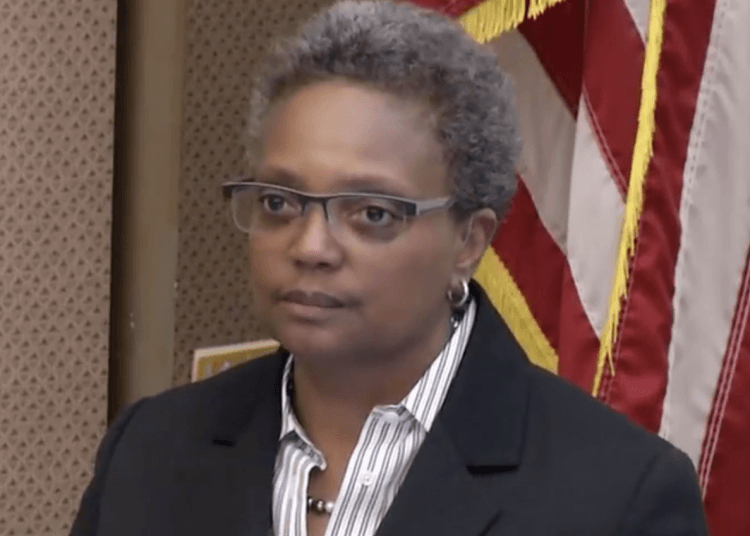 The mayor of Chicago ordered a parking lot used by the Elim Pentecostal Church closed and blockaded by Chicago Police. She declared churches persona non grata. She further had no parking signs surreptitiously erected on the adjacent street prohibiting parking from 7 a.m. to 9 p.m. on Sundays. These signs appeared 24 hours before she sent in tow trucks and removed residents’ personal vehicles to the pound. A nurse working 12-hour shifts woke to find her car ticketed and towed. Lifelong residents had their vehicles appropriated by city tow trucks. The mayor ordered that houses of worship could not open and she was not going to be ignored.

This is after it was leaked that the mayor had gotten her haircut in defiance of her stay at home order, ostensibly to make a better appearance on television.

It’s good to be the queen.

The governor of Illinois is enacting emergency law that would make it a class one misdemeanor to reopen a small business in defiance of his ‘stay shut’ order. Small businesses are the backbone of the United States economy. Family owned businesses are the engine that runs this world that we call America. The governor of Illinois wants to criminalize owners that reopen their business or face certain bankruptcy. Large box stores are open to the public. Chain stores and large corporate stores have never closed. But a mom and pop store that opens in disobedience to the governor’s commands will face imprisonment and fines up to 2,500.00 dollars.

This comes after the news leak of the governor’s family vacationing in Florida and Wisconsin ostensibly ignoring his stay at home order.

It’s good to be king.

In other news, a street party at Lake and Homan drew a crowd estimated to be over 500 people celebrating into the night. The partygoers blocked off streets. Safe distancing was disregarded and not a citation written, no arrests made, not a tow truck to be seen.

In other news, the Cook County States Attorney refuses to approve charges on criminals who commit felony thefts. Drug possessions and drug sales are ignored. Gun arrests are treated as nonviolent actions. Cash bonds are history.

In other news, the new superintendent of the Chicago Police Department is going to initiate a new unit in response to Chicago’s murder problem. This unit will work in the community in order to enhance the relationship between the citizens and the police officers that work the beat. According to the superintendent, they will do community service once a week. “They could work on a Habitat for Humanity home. They could deliver meals one day a week to the seniors in the city. They could do some work with young people in the schools.” said David Brown, Superintendent of Police, Chicago.

In other news, thousands of criminals have been released from jails and penitentiaries, but the king and queen continually threaten decent, hard working citizens with arrest and incarceration.

Many years ago, some disgruntled Americans threw tea into Boston Harbor. That started a revolution. How many mom and pop stores, 30 and 40 years in the making, will go belly up before the next case of tea gets thrown overboard?