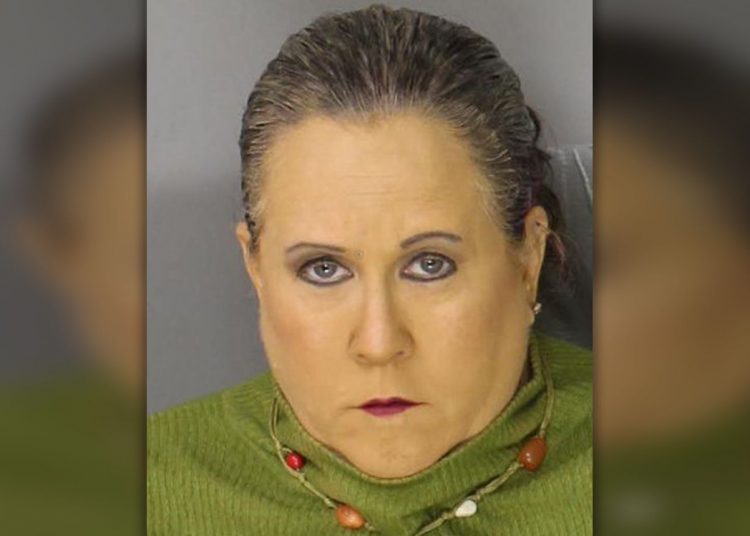 Chalfront, PA – A cheerleader mom has been arrested for allegedly creating libelous fake photos of girls on her daughter’s cheerleading team. Raffaela Spone, 50, was charged with harassment and cyber harassment charges last week.  According to The Philadelphia Inquirer, Spone is accused of creating ‘deepfake’ photos and videos showing three members of the Victory Vipers cheer squad ‘naked, drinking and smoking’.

The three girls, who were victimized by the photos, had reportedly fallen out with Spone’s daughter and she wanted them kicked off the team. Spone allegedly created the deepfakes by ‘mapping the victims’ social media photos onto other images’ in a bid to make them look real according to the Daily Mail.

‘Deepfaking’ is the process of doctoring an existing image, but it is more sophisticated than Photoshop because it uses a form of artificial intelligence.

Spone is accused of anonymously sending the graphic pictures and videos to the coaches of the cheerleading team.

She also purportedly sent the doctored images directly to the teenage girls, along with a message to one of them urging her to ‘kill herself’.

The investigation began last July and the detectives traced four phone numbers that had sent the deepfake images and tied them all to a telemarketing website. They then traced data from that website to an IP address at Spone’s house.

A subsequent search of Spone’s phone uncovered the text messages and deepfake images that she had sent to the three victims and the team’s coaches.

The images and videos reportedly showed the cheerleader rivals ‘naked, drinking and smoking.’

Spone has not yet entered a plea and has been released on bond.

Court records obtained by The Philadelphia Inquirer state that there is no evidence Spone’s daughter knew what her mother was doing.

Share and speak up for justice, law & order...
Tags: Chalfrontcheerleaderdeepfakesharrassmentonlinepennsylvania