'We are just as upset, frustrated and heartbroken as everybody else' 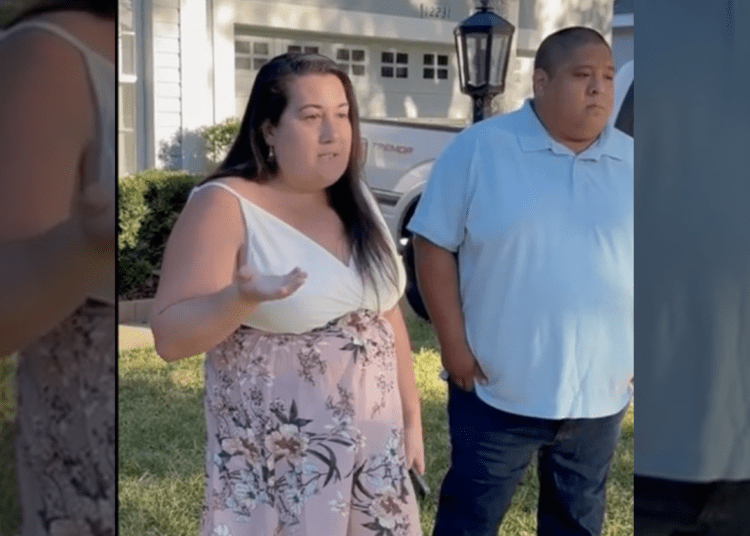 LAKEWOOD RANCH, Fla. — Cassie Laundrie — Brian Laundrie’s sister — was forced from her home to tell protesters that she has no knowledge that is helpful to the Gabby Petito homicide investigation and that she is not defending the actions of her family.

Laundrie insisted that she and her husband told the FBI everything they could. “The world does not need to know what the FBI knows, and that’s why we’re silent,” she said, Fox News reported.

“We are just as upset, frustrated and heartbroken as everybody else,” Cassie Laundrie told the crowd interrogating them. “I am losing my parents and my brother and my children’s aunt and future sister-in-law on top of this.”

Petito’s remains were found at a Wyoming campsite on Sept. 19, weeks after she was last seen alive in Jackson Hole, at a campground she was believed to have shared with Brian Laundrie until late August.

He has not been charged in her death, which authorities ruled a homicide. However, the feds have authority to pick him up when he is found.

The warrant issued for Brian Laundrie’s arrest is “pursuant to a Federal Grand Jury indictment for violation of federal statute 18 U.S.C. § 1029(a)(i): ‘Use of Unauthorized Devices’ related to Mr. Laundrie’s activities following the death of Gabrielle Petito.”