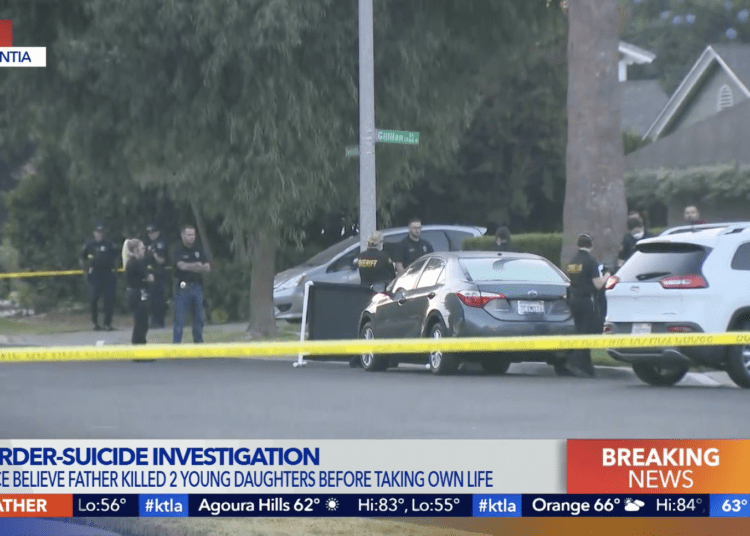 PLACENTIA, Calif. — An Orange County man found dead in Placentia is suspected of taking his own life after fatally stabbing his two children in a nearby home early Wednesday morning.

Officers responded to the 400 block of Swanson Avenue regarding an unknown disturbance about 12:38 a.m., according to a news release from the Placentia Police Department.

A wounded man was found in the grass of a front yard when officers arrived. Moreover, they discovered two children bleeding and suffering from stab wounds in a home across the street, KTLA reported.

Paramedics responded and pronounced the children dead at the scene, according to the news release.

Two other people who were inside the home at the time were unharmed, according to the Police Department.

The man, who investigators said is possibly the father of the children, was also pronounced dead.

Investigators described the incident as a suspected murder-suicide and said there are currently no known outstanding suspects.

Anyone with further information is asked to call the Placentia Police Department at 714-993-8164. Those who prefer to remain anonymous can contact Orange County Crime Stoppers at 855-TIP-OCCS.